Good news for the mobile gaming enthusiasts, EWar announces to unveil the season 1 of its mega PUBG event the PUBG Mahayudh. Pro Teams and Amateur Team will battle against each other in the final phase. 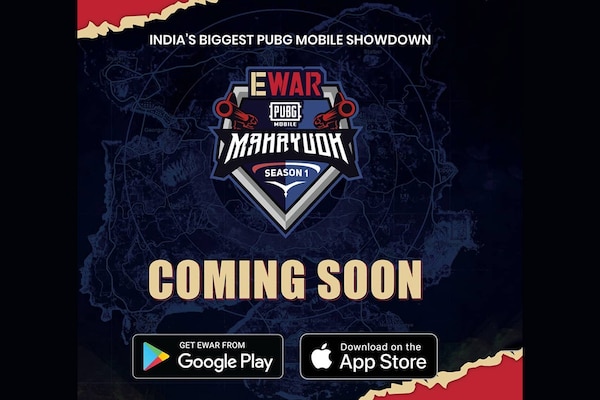 Bengaluru based mobile gaming company has unveiled the season 1 of PUBG Mahayudh. The Ewar PUBG Mahayudh will feature both professional as well as emerging mobile gamers. The company opened the registrations for the event on June 12. This mega mobile gaming event will commence from June 18 and will be held over a period of more than one month.

It has been reported that the registration to the EWar PUBG Mahayudh is free, and the top 20 Pro Teams have already registered. The registrations for Amateur Team has also been completed and one member from each team has got their squad registered.

The top five rankers and one top fragger squad from each phase of the tournament would be awarded sure-shot cash prizes.

This one-of-its-kind, mega PUBG mobile gaming tournament is sought to be an unprecedented opportunity for novice or underdog PUBG squads across India. It will offer these amateur teams a chance to face off with best and most renowned names in the PUBG gaming space.

Talking about the upcoming PUBG Mahayudh event, Parth Chadha, Founder & CEO, EWar Games says, “It gives us great pleasure to host a quintessential e-sports tournament like EWar PUBG Mahayudh, which will attempt to provide a massive platform for budding, less-known PUBG gamers in the country to compete and prove their mettle against some of the top-notch PubG squads. Both in terms of the kind of participants and the reward pool, EWar PUBG Mahayudh's stands out as the biggest and unmissable opportunity for PUBG enthusiasts. We are looking forward to an action-packed, fiercely competitive show over the next one month or so.”

Earlier in the month of April, the company had announced to raise equity funds to optimise the quality and user experience of its app, and also to strengthen its marketing and brand promotion efforts.