Indian classical music industry has lost one of its shining stars, maestro Pandit Jasraj to a cardiac arrest. A proficient vocalist, Jasraj mesmerised the audience with his ragas for over eight decades. Here is more about him. 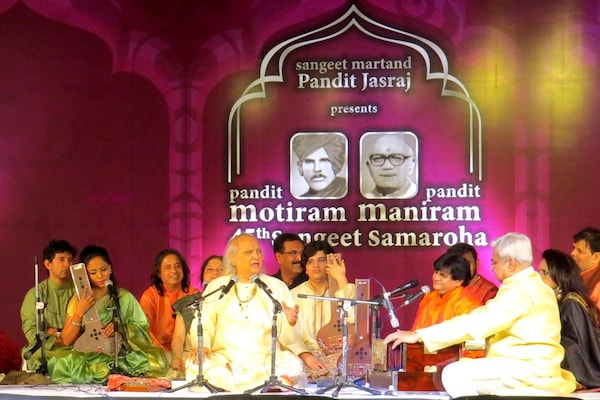 On a fine evening against the backdrop of an azure sky decorated with hues of yellow and orange, Benaras' ancient Sankat Mochan Hanuman temple turned into a den of ragas. So captivating was the voice behind them, that a deer couldn't resist himself from running towards the stage set within the premises, and behold the person behind the divine voice that had mesmerised him. On the stage was performing the legendary vocalist, Pandit Jasraj. After finishing the performance, Jasraj acknowledged the presence of his special audience with a smile and “Jai Ho.”

Similar to this enchanted deer, Jasraj mesmerised many a heart for more than eight decades. He wasn't just a vocalist; he was a magician who knew how to hypnotise the audience with his voice. He would perform on stage “like a lion,” in the words of renowned flutist Pandit Hari Prasad Chaurasiya.

He represented the last of a generation of classical vocalists. Such was the perfection he had achieved in the art, that the International Astronomical Unit named an asteroid after him last September. He is the only Indian musician to get his name etched in the cosmos, and join the galaxy of immortal composers including Mozart, Beethoven and Tenor Luciano Pavarotti. He was also honoured with Padma Shri (1975), Padma Bhushan (1990), and Padma Bhushan (2000) by the Indian government, for his unmatchable contributions. 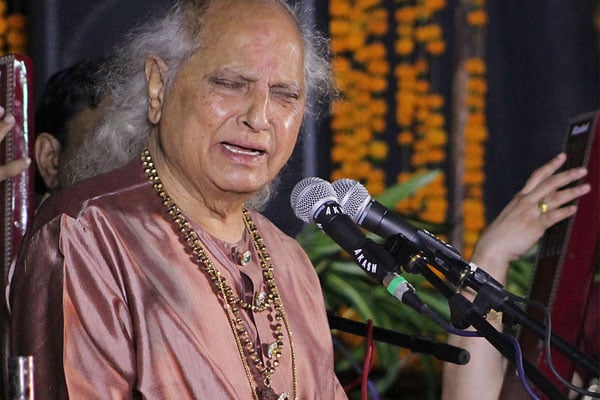 Pandit Jasraj started his music training at the age of four

It wouldn't be wrong to say that music ran in the blood of Pandit Jasraj. Born in 1930 in a family of classical musicians of Mewat Gharana, the enchanting world of ragas and notes came early to him. Little Jasraj would rehearse with his father, a beautiful routine that came to end with the sudden demise of his father when Jasraj was four. However, his musical journey kept going. He would now take lessons from his brother Pt Pratap Narayan. He used to perform with his elder brother Maniraman, who was a famous vocalist then, to earn a two square meal for the family.

To many people's surprise, the doyenne was not always a vocalist, but a tabla player. He changed his heart when he was demeaned by his uncle as someone who plays “on a dead leather”, for expressing his opinion on Maniraman's performance. Since then it was turning back for him; he mastered raagdari, the very form he was doubted for by his uncle. He received training under Swami Vallabhdas of the Agra gharana. Within two years he was accepted as a radio artist in Calcutta, the unofficial culture capital of India. Jasraj performed a lot there. 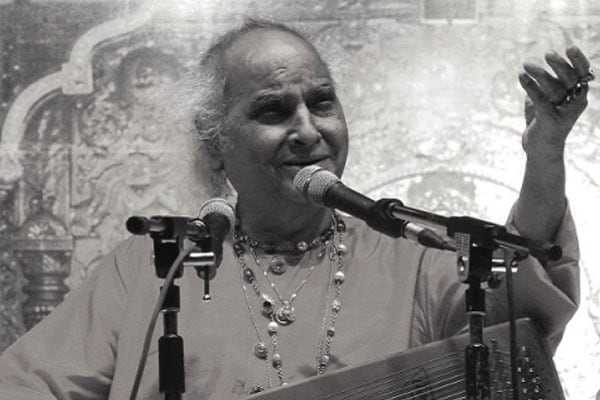 Pandit Jasraj never shied away from experimenting with the classical forms and would turn a deaf year to criticism. He would incorporate elements from other gharanas in his music. One of the most talked-about cocktails of music by Jasraj was the addition of thumri elements in khayal, a move which was condemned by the rigid gharanas back then. However, over time hi new style became sensational and the audience wanted more of it. He even revolutionised bhajans, which were earlier seen only as soft devotional numbers, and played a pivotal role in incorporating them as an essential element for classical music.

Jasraj believed that classical music was for everyone, not just the elite, and left no stone unturned in settling this idea in the minds across the globe.

For Pandit Jasraj, traditional values were not just a feed for his music, but a virtue he treaded in real life, as well. He had in his heart the Indian culture of putting gurus next to god, alive. He was ever grateful to all his gurus for making him the maestro he was. For the past 47 years, he would organise ‘Pandit Motiram Pandit Maniram Sangeet Samaroh', the annual grand music festival, in the honour of his father Sangeet Ratna Pandit Motiram and his elder brother Sangeet Mahamahopadhyay Pandit Maniram, who had trained him. Organised each year in the city of nawabs, Hyderabad, the festival attracted audience from across the globe. This musical celebration was graced by music as well as dance maestros including Late Pt. Ravi Shankar, Ustad Amjad Ali Khan, Ustad Zakir Husain, Shankar Mahadevan, Smt. Girja Devi and Pt. Birju Maharaj.

As a token of respect for his gurus, Jasraj kept this event free for everyone, and never even accepted sponsorships for the same. He is probably the only musician to organise an event of this scale, on his own expense entirely.

A Loss Beyond Repair

“With profound grief, we inform that Sangeet Martand Pandit Jasraj ji breathed his last this morning at 5.15 EST due to a cardiac arrest at his home in New Jersey, USA," reads a statement issued by Jasraj's family yesterday.

Stalwarts from across the globe poured in tributes for the legend. Prime Minister Narendra Modi expressed his condolences on the demise of the legendary singer and tweeted saying, "Not only were his renditions outstanding, he also made a mark as an exceptional mentor to several other vocalists."

"A huge pillar of Hindustani sangeet has fallen today. My heart felt condolence to Pandit Jasraj's family. I can see him standing on the stage with his arms raised as if he is blessing all of us and in his soft and silken voice for the last time he is saying jai ho,"said lyricist Javed Akhtar in another tweet.

Legendary singer Lata Mangeshkar, who worked with Pandit Jasraj, too said she was "extremely saddened" by the news.

Pandit Jasraj's name, for sure, will be etched with golden words in the history of Indian classical music. He is immortal through his notes.