The rising cases of COVID-19 in shelter homes across India has exposed the vulnerability of its inmates. It's high time independent audit units were set up to monitor the conditions and safeguard the vulnerable. 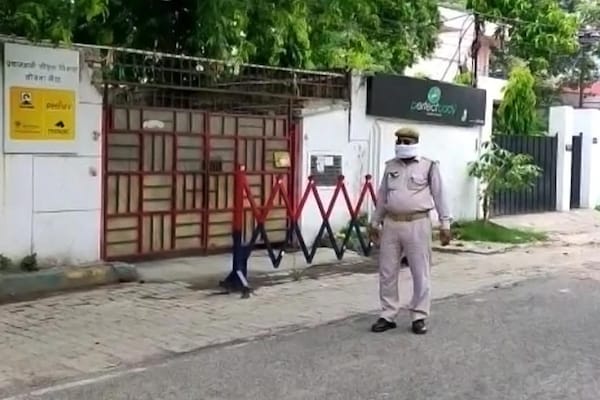 It was only a few days ago that 57 girls were tested COVID-19 positive in a shelter home in Kanpur, Uttar Pradesh. Out of these girls, five minors were even reported to be pregnant, and one HIV positive.

Now a news of 23 people being tested positive for COVID-19 in a shelter home for disabled children in Delhi has made its way to the headlines.

Earlier, on June 22, the National Human Rights Commission had issued a notice to the chief secretary and director general of police, Uttar Pradesh, asking him to investigate the matter with sensitivity, and now this news of Asha Kiran shelter home certainly points fingers towards the conditions under which the underprivileged are forced to live.

The recent incidents have exposed the vulnerability of children in such institutions , and the fragile child protection system in the country. There are now fears of the horrific Muzaffarpur shelter home case  repeating itself.

After the Muzaffarpur shelter home case, which had surfaced in 2018, and had brought to light cases of sexual abuse, rape and torture with the inmates, the Supreme Court had made several compassionate observations and had urged for overhauling the mechanisms protecting children. The apex court had also passed directions for the Central government to bring a National Policy for the Protection of Children, in the least possible time. The Ministry of Women and Child Development had also expedited the inspection of children's homes across the country, and for once people had started to believe that things might change for the better and that the worst was over.

However, not much has changed since then. Many of these institutions and shelter homes continue to work the way they used to, exposing children to vulnerability.

Overcrowded shelter homes are also said to be the primary reason for these places turning out to be hotspots of COVID-19. Not only this, minor girls being tested HIV positive and being pregnant has also brought to surface the concern of girl child security in these shelter homes.

One of the most disturbing facts is perhaps the way citizens and the media react to these cases. Whenever there are cases like these, media talks about it for some time, but within days forgets everything.

The government also announces plans and policies to combat such acts, but then they hardly turn into reality. Reportedly, the state governments also find it difficult to conduct independent audits of these shelter homes in their respective states, or follow up on the findings of their reports.

However, these social audits are critical to the framework, and the political vulnerability is prevents states from carrying them out. But then one cannot compromise the future and safety of the children for political reasons.

The most baffling thing is that negligence continues at shelter homes despite repeated incidents. Most of the children belong to socially and financially vulnerable families. The inability of their parents to fight the injustice can also be considered as a major cause of this negligence.

It's high time that the country invests to have a dedicated system that can work on securing justice and security for all children who face crimes or are exposed to vulnerable conditions.

In the absence of dedicated support from the state, it is left on particular agencies/officials maintaining shelter home to pursue (or not pursue) the issue.

The country, in recent times has seen a rise in the number of cases of irresponsible behaviour in these shelter homes. It's not just Delhi or Kanpur, the list is long, and is set to continue unless we come out of our deep slumber.

Setting up an independent social audit mechanism can be the first step towards fixing this problem. Secondly, the count of bed-sharing in these shelter homes should be fixed by the authorities. One bed per inmate should be standardised.

Next, these shelter homes should clearly be notified about carrying proper sanitisation and cleanliness in the campus. They should also be advised on maintaining social distancing with the inmates and staffs.

Last, but the most important thing is that the central government with the help of state governments should form a medical audit team consisting of doctors and health experts. This team should be sent to shelter homes at regular intervals to conduct COVID tests for the inmates and staff, or for general checks otherwise. The team should also submit its report directly to the Ministry of Women and Child Development.

For the latest deals, offers and news, follow HotDeals360 on Facebook, Twitter, Instagram, Google News and subscribe to our YouTube channel.
The HotDeals360 team writes about stuff we think you'll like. HotDeals360 has affiliate partnerships, so we get a share of the revenue from your purchase.
Topic
Shelter Home Safety Safety of Children COVID Safety in Shelter Homes
More From News
Advertisement
Fear of Missing Out Best Deals?
Subscribe to our newsletter. Now!
Trending
Latest
Quick Links
Trending
Latest