Are Digital Payments The Ultimate Future Of India?

Digital payments in India are likely to grow three folds by 2025, as per a report by RedSeer Consulting, a leading management consulting company. But what is really driving this growth? 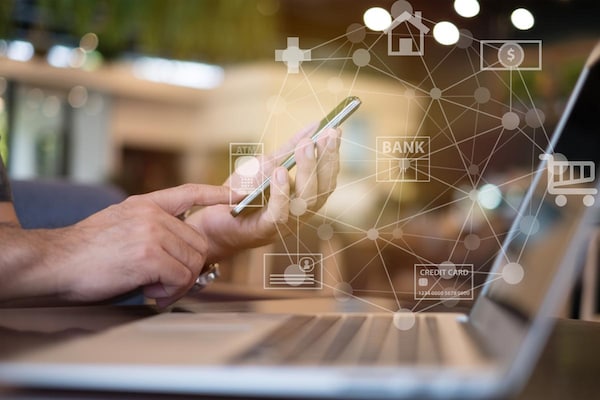 Digital transactions are likely to grow three-fold by 2025, as per a report

Digital payments in India have been on the hike, ever since the demonetisation and have further spread their roots with the global pandemic. As the word “contactless” becomes a part of everyday vocabulary, digital payments are also becoming a more accepted norm than before, supported by the government and fuelled by the fear of catching the invisible virus. From leading e-commerce giants to small roadside kiosks, almost every business has switched to digital modes of payment; internet banking, digital wallets, plastic currency, and Unified Payments Interface (UPI) applications such as PhonePe, GooglePay, and Paytm are being used more than ever. With social-distancing in real life, the distance between India and digital payments seems to be receding in the virtual life.

Mastercard recently threw light on the trend and shared that a 19% increase has been observed in the contactless cards issued in Q1 2020 over Q4 2019. It further said that the four sectors where the usage hiked tremendously were food stores, restaurants, fuel and drug stores, which are still dominating the contactless ecosystem. Even the previously technology-shy elderly are taking to digital modes of payments, now that the "move out only if absolutey necessary" has become the mantra of life. Bengaluru, the technology city of India, is leading the statistics currently.

RedSeer Consulting, a Bengaluru based management consultancy, has released a detailed report on the trend, and it's probable fate. It predicts that the digital payments market in India, which was worth Rs. 2,162 trillion in 2019-20, is likely to grow three-folds by the year 2025 and reach nearly 800 million. The report specifically mentions the impact of coronavirus pandemic and how the digital payments share of grocery stores increased to 75 percent, during the period.

“There is significant headroom for growth of EDC (electronics data capture) terminals in the small retailer universe. Large and mid-sized retailers use more than 2 EDC terminals. Today we have around 5 million terminals, which is almost five times that in the financial year 2015,” reads the report. Mastercard, too states that it is the ticket of the lowest size, which has gained maximum attraction, based on the results of its poll on digital payments.

This brings focus on another inter-linked sector- smartphones, which provide easy access to the virtual web of digital payments. Already the smartphones were added to the list of essentials in the urban setups and were gaining traction in the rural areas, as well. The industry observed an 8 percent over-the-year growth in 2019 with as many as 152.5 million units being shipped. The pandemic, however, may have catalyzed the process. With an increasing user base, triggered by sudden emerge of necessity, as the world goes digital, smartphone manufactures have a reserve of future users assured. “The current 160 million unique mobile payment users will multiply by five times to reach nearly 800 million by 2025. This growth will be driven by a number of demand and supply-side drivers,” further reads the aforementioned report.

The Indian government is giving the penetration of digital payments in every stratum a special impetus. The Ministry of Electronics and Information Technology, through its flagship programme Digital India is working out the strategies to seed the concept in the Indian soil and promote motto of ‘faceless, paperless, and cashless” at the grassroot levels. The ministry has been working in close association with multiple stakeholders including banks, central ministries, departments and states, to create an ecosystem to enable digital payments across the country.

The government launched several BHIM cash back and referral bonus schemes for merchants and has been conducting several workshops on the said topic. The Reserve Bank Of India (RBI) also set up a special committee headed by Infosys co-founder Nandan Nilekani with a vision to strengthen digital payments ecosystem in India.

Recently, the  National Payments Corporation of India (NPCI), an umbrella organisation for all retail payments system in India, launched International Payments Limited (NIPL), a wholly-owned subsidiary firm to create global acceptance for the UPI application Rupay. UMANG app, a unique gplatform for accessing more than a thousand services from central and state governments and various utility bill services, was also promoted vigorously by the government during the coronavirus pandemic.