After battling with brain cancer for over a year PK and Rock On fame Sai Gundewar passed away at the young age of 42, leaving behind his grieving wife and parents. 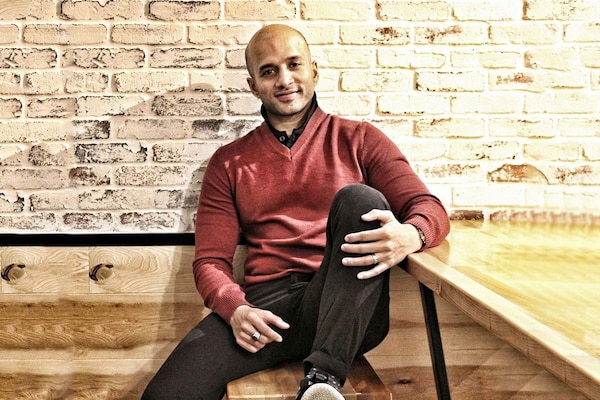 Promising and talented actor Sai Gundewar passed away after succumbing to a long battle with brain cancer. Sai Gundewar had marked his presence in top Bollywood with films such as PK, Rock On and others. The actor had been fighting brain cancer for long and had gone to Los Angles for his treatment last year.

Gundewar had worked with many big names in the industry and was close to many. Bollywood actors and some politicians have shown their condolences over Twitter.

Born on February 22, 1978, the actor was also known as Sai Prasad Gundewar. He rose to fame in the year 2010 with his entry in the popular MTV reality show Splitsvilla. Known to be a jovial personality the actor after his treatment in Los Angeles had posted on his Instagram account that he has come out victorious after his battle with cancer.

Dearest #family and friends not sure how many people know this by the grace of god, great medical help and other things I have been able to successfully suppress cancer and not die. Someone up there is really loving me. So I have decided to share a lot of my insights and tips along with my global teamwhos la based and down frommelbourne. If you or anyone battling any kind of serious ailment and seeking major lifestyle change Please come for this. Its $220 per person and will change your life and sphere for the good. But checkout before you alkalinesuperfoods.com.au take a look at alkalinesuperfoods.com.au and fellas and my profile on www.saigundewar.com www.imdb.com/ saigundewar.

Sai Gundewar was not only a versatile actor, but had also worked as a model and voice-over artist. He was also a successful entrepreneur and co-founder of healthy meal delivery startup Foodizm in Mumbai. Due to his inclination towards entrepreneurship and acting, he liked himself to be called as ACTORpreneur.

The actor earlier had plans of settling in the USA, but when in the year 2007 he was unable to get himself a Green Card he returned to India and began his acting career by taking up cameo roles in hit movies like PK, Yuvraaj and others. He has also worked in a number of TV commercials. His last film was Saif Ali Khan's Bazaar.

Hailing from Maharashtra he was also quite popular in the local film industry. On getting the news of his demise, condolences started pouring in from his fans, co-workers and others. In this sequence, Home Minister of Maharashtra has also paid his condolence through his Twitter post stating “Actor Saiprasad Gundewar, who won the hearts of the audience through popular films like PK, was defeated in his battle with cancer. With his demise, the Indian film industry has lost a talented actor. A heartfelt tribute!"

Only a few days ago, Bollywood recently lost two of its much loved actors Irrfan Khan and Rishi Kapoor to cancer, leaving the industry and the fans grieving.