Things To Know About Expansionist China and Its Relations With India

With an expansionist attitude, China poses a threat to India; and the blood battle initiated by China at the border shows how China is using Mao's expansion policy against India. 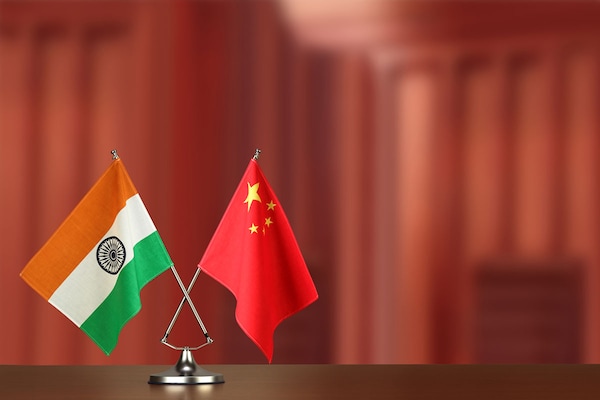 After the recent strifes at the Galwan valley in India's northernmost region, in the state of Ladakh, Sino-India relations are going through a lack of mutual trust. Both sides have been facing heavy losses in the face-off at the Indo-China border, and after the recent violent incidents, China's expansion policy is being exposed, once again!Let's trace back to the history of China's expansion policy.

After the victory of the Chinese Communist Party over Kuomintang in the civil war in 1949, China had declared itself communist under communist leader Mao Zedong. Meanwhile, both, the Republic of China (ROC) and the People's Republic of China (PRC) had maintained that Tibet was a part of China.

However, just after a year of establishment of the PRC, China invaded Tibet to annex it. From October 1950 to May 1951, China used violent processes to occupy Tibet. Mao's People's Liberation Army (PLA) mercilessly butchered many Tibetans in these seven months. In October 1950, the seventeen point agreement was accepted by the Tibetan government under Chinese pressure. With the acceptance of a seventeen point agreement, China forcefully incorporated Tibet with China.

The incorporation of Tibet was accepted by Jawaharlal Nehru, who said that India would maintain the British policy regarding Tibet. Nehru also maintained that Tibet should internally enjoy the autonomous status under China. With this acceptance of incorporation from Nehru, the buffer state Tibet was removed and China became a neighbour of India. The whole world including countries like the United States (US), Russia, Britain, and France remained silent at the time of Tibet's annexation.

India's acceptance of Tibet as part of China established good relations between India and China, with both Mao and Nehru viewing Western imperialism as their common enemy. Views of Nehru and Mao towards the US were also the same, but relations turned sour between two leaders when the 13th Dalai Lama was given political asylum by India during the 1959 Tibetan uprising.

Mao viewed Nehru's move as India's interference in its internal matter. After Dalai Lama's asylum incident, relations between two countries worsened, and also led to many border skirmishes between soldiers of both the countries. With these violent incidents, China also showed its first expansionist attitude to India. It occupied an Indian post at Longju in Assam. From the Chinese side, violence was also increasing at a large scale, with many Indian soldiers getting killed and detained by China.

Finally, after three years of strained relations, China attacked India. India faced a humiliating loss, as a huge part of Ladakh known as Aksai Chin was occupied by China. After this war, China and Pakistan became strategic partners viewing India as their common enemy.

India has witnessed several incidents of Chinese expansionism. After 1962, India faced China in both Nathu La and Cho La clashes- two strifes in which China was heavily punished by India for intruding into the Indian territories. After 1967, again India and China conflicted with each other at Sumdorong Chu Valley of Andhra Pradesh, the conflict remains bloodless as both the sides exercised restraint.

In June 2017, Chinese military returned with its peace breaking movement. Chinese soldiers started constructing roads near a trijunction border area, also known as Donglang, the area that was claimed by both China and India's ally Bhutan. The same month, India crossed the Sikkim border with armed weapons and bulldozers. For 71 days, both the armies faced each other. On August 28, both India and China pulled their troops back from Doklam.

In the 1950s, the chairman of the Communist Party of China Mao Zedong described Tibet right palm and Ladakh, Sikkim, Arunachal Pradesh, Bhutan, and Nepal its five fingers. In the past, several times, China has claimed Arunachal a part of China by calling it South Tibet. China also claims Aksai Chin a part of its Xinjiang and Tibet autonomous regions.

After the recent incidents at the Galwan valley, there seems to be a déjà-vu of sorts happening. Relations between India and China have changed a lot from the last week. Both countries have lost mutual trust and viewing each other with suspicion.

Although will history repeat itself, and if these tensions will turn into new territories is yet to be seen. Right now, there is a battle at the border, and there a is war of words.

Indian Prime Minister Narendra Modi recently said that there were no foreign intrusions into India, only to be opposed by China, which soon after claimed that the Galwan Valley of Ladakh is located on the Chinese side of the Line of Actual Control (LAC)- a claim that India rejects.