The centre grants more relaxation in night curfews and domestic travel under the new guidelines for Unlock phase 2. 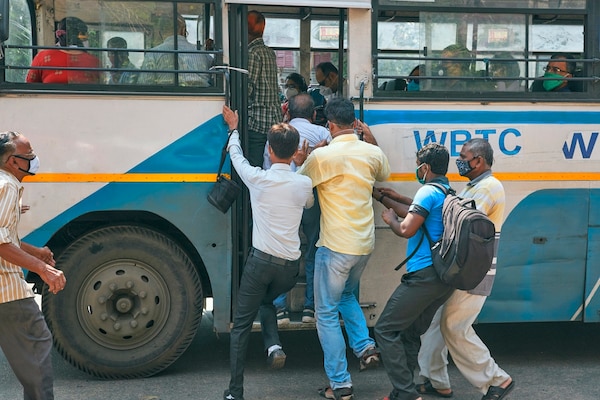 The centre on Monday issued fresh guidelines further extending the process of 'Unlock'. After Unlock 1.0 where the government had eased the restrictions imposed on shopping malls, restaurants and other public places, the government has now decided to move to Unlock 2.0 beginning from July 1, with relaxations in night curfew, provisions for more domestic flights and trains, and allowing more than five people in a shop. However, lockdowns will continue in containment zones until July 31.

As per the fresh guidelines issued by government schools, colleges, gyms, metro rails, bars, auditoriums etc. would remain closed till further notification. An order issued by the Union Home Secretary Ajay Bhalla stated that as per the instructions from National Disaster Management Authority lockdown could be eased and more activities can be allowed in containment free zones.

Union Home Secretary Ajay Bhalla writes to Chief Secretaries of all states and UTs, urging them to ensure compliance of #UNLOCK2 guidelines and direct all concerned authorities for their strict implementation. pic.twitter.com/w9bKEqNCDf

The government has also given free hand to the states to decide if they want to impose more restrictions taking into considerations the condition of coronavirus spread in their states. However, they won't be allowed to seal the adjoining borders.

Standard operating procedures for all the states shall be issued to ensure social distancing and contain the spread of COVID-19. Domestic flights and passenger trains have already been allowed in a limited manner, but now their operations will further be expanded in a calibrated manner. International air travel has been permitted under the 'Vande Bharat' mission.

Movement of individuals shall be restricted between 10.00 pm to 5.00 am throughout the country. Only essential activities including operation of industrial units, movement of people and goods on national and state highways, loading and unloading of cargo, and travel pf persons to their destination after disembarking from train or buses shall be permitted during these hours. Apart from this many state governments have also announced weekends as curfew days, where no shops and offices will be allowed to operate.

Unlock Rules in Areas Outside the Containment Zone

The government has also urged vulnerable people i.e., persons above 65 years of age, persons with co-morbidities, pregnant women, and children below the age of 10 years to stay indoors and move out only in case of medical emergencies. People with low immunity have also been advised to stay indoors.