Sushant Singh Rajput starrer Dil Bechara will be out soon, and so will be Abhishek Bachchan's The Big Bull. There is much more in the cinebox, and all of it will be released online at Disney + Hotstar. 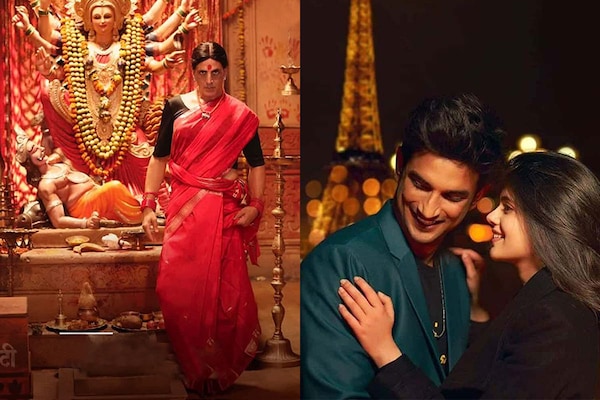 Disney + Hotstar will be seeing a lot of movie releases this year, from Sushant Singh Rajput's Dil Bechara to Alia Bhatt starrer Sadak 2 . While fans are still reconciling with the heart breaking news of Rajput's death , his upcoming movie Dil Bechara will soon see an online release. Apart from these there are other Bollywood movies too in the pipeline, the shoots for which were concluded before the industry came to a halt due to the coronavirus pandemic; and will now be released online on various OTT platforms.

Sushant Singh Rajput's upcoming movie “Dil Bechara” was originally due for release on May 8, and now will see a late release in June/July. This movie is a Hindi remake of “The Fault In Our Stars”, which is a love story between a young man and a girl suffering from cancer.

Dil Bechara, an extraordinary love story closest to my heart will now be releasing on 8th May 2020, only in cinemas. #DilBechara @sushantsinghrajput @castingchhabra @foxstarhindi @arrahman

Akshay Kumar starrer this Hindi adaptation of the Tamil movie – Muni 2 will start streaming on Disney + Hotstar from 15th August. The movie revolves around the revenge of a transgender who wants to avenge her murderers. Akshay Kumar plays the character Raaghav who is possessed by the spirit of this transgender for avenging her death.

Navratri is about bowing to the inner goddess and celebrating your limitless strength. On this auspicious occasion, I am sharing with you my look as Laxmmi. A character I am both excited and nervous about... but then life begins at the end of our comfort zone... isn't it? #LaxmmiBomb

Sadak 1 a 1991 classic movie revolving around a taxi driver (Sanjay Dutt) who tries to save a girl (Pooja Bhatt) from a brothel. Sadak 2 is based on the same team trying to expose a fake guru. This movie was to be originally released on March 25, but will now see an online release on Disney + Hotstar on July 11.

This Ajay Devgan starrer movie is based on the 1971 Indo-Pak war. The movie will project Ajay Devgan in the Squadron Leader – Vijay Karnik who is played an important role in the 1971 war. The movie is a multi-starrer with – Sanjay Dutt, Sonakshi Sinha, Sharad Kelkar, Nora Fathehi, Ammy Virk and others.

Starring Abhishek Bacchan, this movie is produced by Ajay Devgan production. The story is based on the life on stockbroker Harshad Mehta, who committed financial crimes. It was scheduled for release in theatres on October 2020, but will now see an online release on Disney + Hotstar.

This movie has been shot in Jaipur and stars Kriti Sanon in lead role, playing a surrogate mother. This movie is a remake of the national award winning movie Mala Aai Vhhaychy, which is a Marathi production. Apart from Kriti Sanon the movie also stars Pankaj Tripathi, Sai Tamhankar, Manoj Pahwa and Supriya Pathak.

Life is a journey filled with unexpected miracles.
Get ready for a journey like never before, #Mimi !!
This one's gonna be soooo special..????????#DineshVijan @Laxman10072 @TripathiiPankaj @MaddockFilms @JioCinema pic.twitter.com/SY6ymjOV5f

This comedy film staring Kunal Khemu in the lead was to be released on April 10, but will now see an online release. The movie apart from Khemu will also see Rasika Duggal in the lead.