UV Light From A Galaxy 9 Billion Light Years Away Detected

A team of astronomers from from the Pune-based Inter-University Centre for Astronomy and Astrophysics has discovered extreme UV-radiation from a distant galaxy. This first-of-its-kind discovery can be attributed to India's AstroSat satellite. 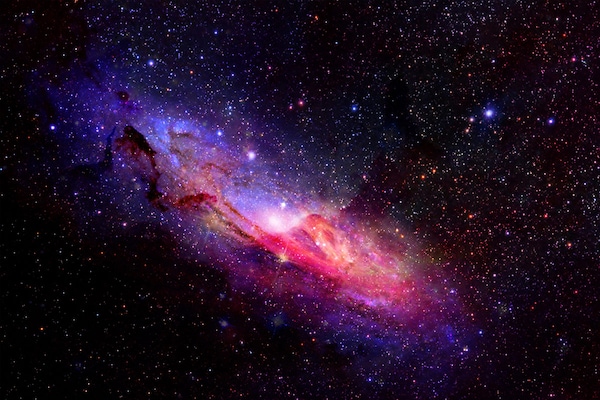 Astronomical physics once again hit the headlines with its yet another discovery, which made it to the journal ‘Nature Astronomy'. High-intensity ultraviolet radiations have been discovered from a galaxy approximately 9.3 billion light-years away. Radiation of this intensity is a significant one in the sciences, given that it may help in redshift measurements of distant galaxies and for getting an idea of the structure of external galaxies, as implied in an early article ‘Ultraviolet emission from galaxies' authored by late Prof G. R. Burbidge, a theoretical physicist from the University of California.

The discovery could be made possible because of the AstroSat, India's first multi-wavelength satellite. This high-tech satellite comes with five unique X-ray and ultraviolet telescopes working in tandem. The global team of astronomers behind this discovery hails from the Pune-based Inter-University Centre for Astronomy and Astrophysics (IUCAA), led by Dr Kanak Saha, the associate professor for astronomy. The team includes brightest minds from India, France, Switzerland, the USA, Japan and The Netherlands, who had first observed the phenomenon back in 2016. The extreme UV-radiation lasted for more than 28 hours, back then. However, it was only after four years of data analysis that the observation could be confirmed.

Interestingly, AUDFs01, the galaxy being talked about can be spotted in the Hubble Extreme Deep Field, the famous picture of a small region in the space with more than ten-thousand galaxies in store, clicked by NASA's Hubble telescope. How did NASA miss out on this radiation, despite their telescope having clicked that region in the past has left the scientific community perplexed. One of the possible reasons might be that the galaxy is too faint. As per Saha, the background noise is significantly lower in the Ultra Violet Imaging Telescope (UVIT) detectors, used for this discovery, as compared to the ones used in the Hubble Telescope, a factor which could have favoured IUCAA.

“The excellent spatial resolution and high sensitivity is a tribute to the hard work of UVIT's core team over a decade, which is the key to the detection of this very weak source,” Prof Shyam Tandon, an ex-faculty at IUCAA told media.

It may even reveal some insights to the “epoch of re-ionisation,” as suggested by the co-author Dr Abhishek Paswan a postdoctoral fellow at the centre. Throwing further light on the topic, the director of IUCAA, Dr Somak Raychaudhury says, “This is a very important clue as to how the dark ages of the Universe ended and how there was light in the Universe. We need to know when this started, but it has been very hard to find the earliest sources of light. I am very proud that my colleagues have made such an important discovery.”