The United Nations in April 2018, declared June 3 as the World Bicycle Day and since then, this day is being celebrated to spread awareness about the benefits of cycling.
By: Kanishka and Vaibhavi
Updated: Jun 03, 2021 13:23 IST
Highlights 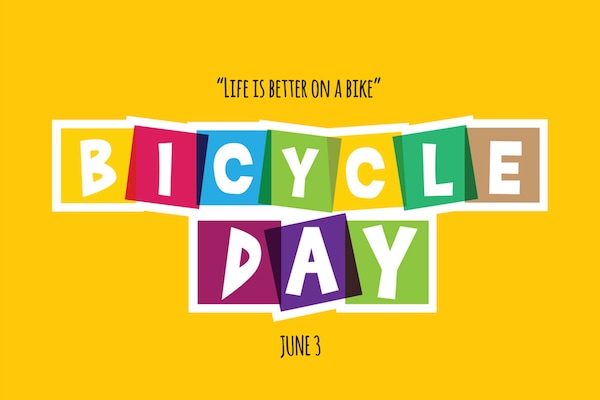 Unplanned development and emissions from factories and vehicles, not only have an adverse impact on the environment but also have ill effects on our personal health. When it comes to the environment, and our health we often forget the simplest things like a bicycle that could be beneficial not only for the environment but also for our health. June 3 has been marked as World Bicycle Day and the idea behind celebrating this day is to recognise the longevity, uniqueness and versatility of the bicycle. Here we will be sharing the history, significance and benefits of cycling.

The United Nations General Assembly in the year 2018 declared June 3 as World Bicycle Day. The decision came after a vigorous campaign led by Prof. Leszek Sibilski and his sociology students to promote the United Nations (UN) resolution to designate a day that would celebrate and promote the use of the bicycle around the world. The campaign grew and was supported by Turkmenistan and 56 other nations.

The June 3 World Bicycle Day logo was designed by Isaac Feld. Along with this Prof. John E. Swanson designed an animation depicting bicyclists of various types riding around the globe. The animation sent across a strong message that, a bicycle is for all and it serves humanity. Prof. Leszek Sibilski and his team advocated bicycle as a sustainable means of transport not only because it is simple and affordable but also because it has numerous environmental and health benefits.

The significance of World Bicycle Day is that it has been declared as a day to be enjoyed by all through riding bicycles. The idea behind this is to motivate and inspire people to switch to bicycles as they are a more sustainable means of transport. Not to mention the gamut of health benefits, both physical and psychological, that come with this simple recreational excercise.

Because of the ongoing Covid-19 pandemic urged people not to hold any public gatherings or rallies this year as well. Before the pandemic, however, the world joined hands to celebrate World Cycle Day with much zest and enthusiasm. Public rallies, cycling marathons, and other events were organised to spread awareness.

This year, the celebrations are restricted to social media. International and national organizations, politicians, leaders, Bollywood celebrities and other prominent personalities have taken to social media to spread awareness about cycling, its health and environmental benefits.

More about how bicycles benefit people & ???? on Thursday's #WorldBicycleDay: https://t.co/4QSs2moNuR via @UNDP pic.twitter.com/qo7cPBBqxU

On #WorldBicycleDay, let us make concerted efforts to promote cycling culture & reap its several health & environmental benefits. A #bicycle is an affordable and sustainable means of transportation that helps one stay fit, reduces traffic congestion and cuts down pollution. pic.twitter.com/1kzh7YJ3Ml

Learn more about the benefits of bikes, which are used around the world as simple, affordable & efficient modes of sustainable transport. https://t.co/4QSs2moNuR #ClimateAction pic.twitter.com/thGn6tAlpO

Cycling is whatever you want it to be ✨#WorldBicycleDay pic.twitter.com/7BNMJIiK4O

Srilal Sahani is a fish-seller by day and an extraordinary musician by evening – he rides hands-off on a bicycle while playing a dhol and cymbals behind him – in Santiniketan, West Bengal. Today being #WorldBicycleDay is a good time to have a look a day in his life. pic.twitter.com/SIlNt4A53D

The #bicycle 🚴🏽‍♀️ has been around for more than 200 years & it's still a simple, green & healthy means of transportation.

In remote rural areas, it means mobility, allowing small farmers to carry produce to market & children to easily get to school. pic.twitter.com/yeZltpPLOA

Anyone up for a ride? #WorldBicycleDay pic.twitter.com/RWgxxt3ejq

????Tomorrow is #WorldBicycleDay! Bicycles present an opportunity for a post-pandemic mobility that is environmentally sound, healthy & sustainable. Would you swap out your car to cycle a couple of times a week? Does your city have flexible bike lanes?
????https://t.co/t2lb5lSdsG pic.twitter.com/8inlcq42tZ

Interestingly, bicycles played a pivotal role in speeding up the flourishing of the Indian economy post-independence. Even after decades of independence, the cycle continued to be an essential medium of transportation and most of the families owned a cycle. The postal department too, dependent heavily on bicycles to deliver mails and parcels.  Even today, postmen hop on bicycles to distribute letters and other postal documents in rural setups.