World Day Against Child Labour: History, Singniface, Theme and All That You Need to Know 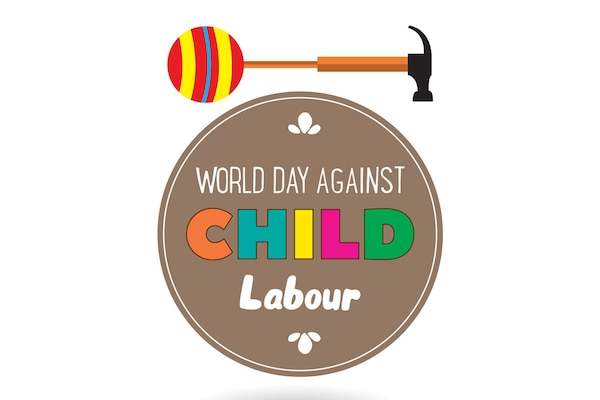 World Day Against Child Labour: History, Singniface, Theme and All That You Need to Know

Many children around the globe are engaged in work that deprives them of a normal childhood like getting basic education, proper health care, leisure time, freedom and justice. Taking into consideration the plight of these children and with an aim to make the world aware about the conditions and rights of these children the ILO in the year 2002 organized the first-ever World Day Against Child Labour.

The World Day Against Child Labour mainly focuses on the children development and it protects the right of education and dignified life for the children. World Day Against Child Labour is organized to bring attention to the problem of child labour and to find ways to eradicate it or fight against it. Several organisations including the ILO are making efforts to curb the child labour. But we as individuals should also be responsible and take our duties to help in eliminating child labour. Most of the children who come out of child labour know their potential and self-worth and when given proper care and attention can contribute significantly to the economic and social growth of the country and world at large.

As per the UN website, the theme for World Against Child Labour 2020 has been set as "Protect Children from Child Labour, Now More Than Ever". This year the ILO focuses upon the impact of the Corona crisis on child labour. The COVID-19 pandemic and the resulting economic and labour market shock have had a massive impact on the lives of many children, who are often the first and the worst sufferers. This pandemic crisis has exposed thousands of vulnerable children into child labour. Thus year the Global March Against Child Labour and the International Partnership for Cooperation on Child Labour in Agriculture (IPCCLA) together with the support of ILO is organizing a virtual campaign. The ILO is also organizing online debates and seminars to cater to the issue.

On this day let's pledge to educate and support the unprivileged children as our initiative to stop child labour. Let's also pledge to raise a voice against all those who misbehave with these children.