World Oceans Day: Together We Can Protect Our World

The 2008 UN General Assembly decided that as of 2009, June 8 will be celebrated as the World Oceans Day every year. The body has since been committed to the cause of protecting the oceans of the world. 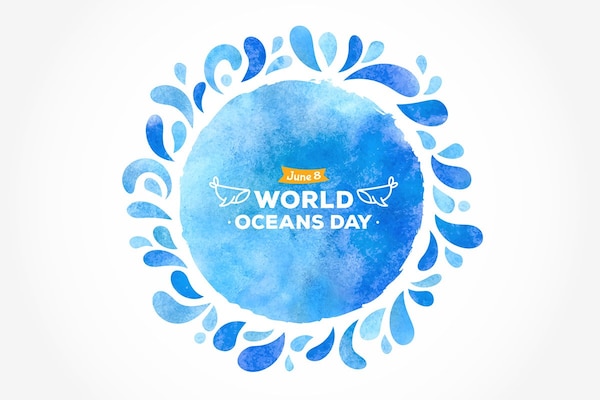 World Oceans Day : Together We Can Protect Our World

The World Oceans Day, which is observed on June 8 every year, is a reminder to us on what role do the oceans play in our daily lives. Oceans are the lungs of our Earth and they generate most of the oxygen that we breathe. This day is celebrated to inspire us in contributing towards the preservation and betterment of the oceans. Many countries across the world have celebrated this day since 1992, after the UN Conference on Environment was held at Brazil – Rio de-Janeiro.

Oceans provide most of the oxygen humans breathe and are essential for life on our planet.

This year's theme of the World Oceans Day is Innovation for a Sustainable Ocean, which focuses on building innovative methods to sustain the oceans of the world.

This year because of Covid-19 the event will be celebrated virtually through online seminars, webinars and discussions. The event will throw light on proven methods that have been successful in scaling up the ocean health effectively.

The oceans' organisms and ecosystems serve towards the health of mankind. The oceans serve as a source of food and medicines, and also form the most critical part of the biosphere.

This #WorldOceansDay we look at how global warming is impacting underwater ecosystems https://t.co/N3D5rhpwM2

Many influencers, thought leaders, and world leaders are now involved in the movement to better the ocean health by at least 30% by 2030.

Some Interesting Facts About The Oceans And Ocean Life