World Red Cross Day is celebrated around the world and marks the birth anniversary of its founder. Here is all that you need to know about the day. 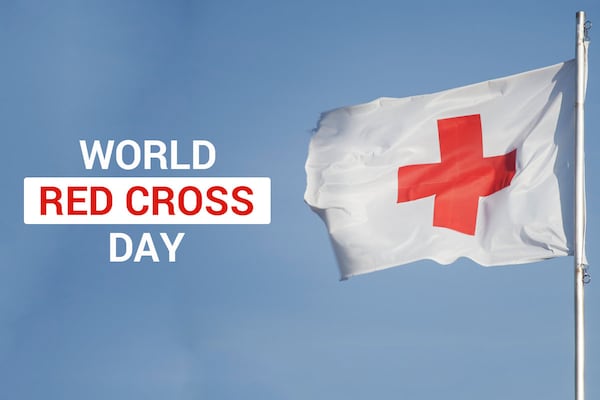 With the mission to provide security to human life and health, Henry Dunant, a Swiss humanitarian, businessman and social activist, along with four other Swiss men established the Red Cross Society in the year 1863. It is one of the largest international humanitarian organisations that has been voluntarily serving more than 190 nations across the globe. Headquartered in Geneva, Switzerland, it aids people and states in times of distress.

The day also marks the birth anniversary of founder Henry Dunant, who also happens to be the first recipient of the Noble Peace Prize that he received in the year 1944.

What is World Red Cross Day

After World War I, the Red Cross Society came up with the Red cross Truce, which was an idea for an "annual action that could take hold in the whole world ... that would be a major contribution to peace". The truce was approved in the year 1934. However, it was only after World War II in the year 1946 that the proposal was studied and two years later in the year 1948 the proposal for annual International red Cross Day was adopted. The first Red Cross Day was celebrated on May 8, 1948, which later changed to World Red Cross and then Red Crescent Day in 1984.

On the occasion of International Red Cross Day various programmes and events are organised by the organisation and its members across the globe to promote humanitarian activities. The motive behind organising these programmes is to protect lives and provide aid to people facing disaster, conflict, and health and social problems

The Red Cross Society was established in India in the year 1920 under the Parliamentary Act. The organisation has over 700 branches in the country. The principles of the Red Cross Society were recognised at the 15th International Conference in 1934. Hereafter, it was implemented across the world.

The motto of this society is - Identify the volunteer inside you. Working on principles such as humanity, fairness, neutrality, independence, universality and unity, the role of this institution has become even more important in the times of Corona crisis.

Work already being carried out by the society includes support to national societies to increase their health care services, community engagement and pandemic preparedness activities for vulnerable populations. This includes the reinforcement of supplies in medical facilities, expanding sanitation and disease prevention programmes including in places of detention, and mitigating the socio-economic impact of the outbreak by ensuring communities maintain access to basic services.

The society is proactively engaging with countries affected by armed conflicts or violence, which are confronted with the greatest risks in managing the pandemic. Its humanitarian work has already started in Latin America, Syria and Bangladesh.