Autobiographies Of Prominent Indian Politicians: Tales Of Those Who Shaped A Nation Called India

India has had many politicians who climbed up the pedestal of excellent leadership and navigated the country towards growth and development. Get to know about their stories through these autobiographies; get ready to be inspired! 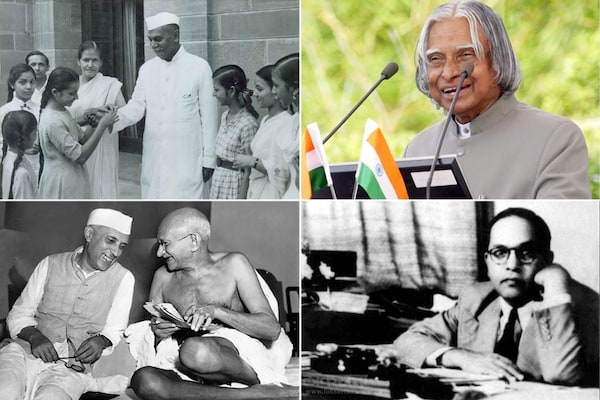 Be it a small team, group, or a large geographical area spanning over a district, state or a country; a population always demands a leader; someone to make important decisions, and guide the group towards excellence. Fortunately, India has had made visionary leaders who took it upon themselves to work for the betterment of the society and set up new developmental goals.

From Mahatma Gandhi's ground-breaking techniques of non-violence to Dr A.P.J. Abdul Kalam's significant research that catapulted India toward scientific advancements, each leader shaped India in his own way. Here are the autobiographies of a few them; don your reading glasses and get ready to explore the minds and lives of these legends.

1. Wings of Fire: An Autobiography of Abdul Kalam

Dr A.P.J Abdul Kalam is one of the most inspiring Indian personalities; a role model to many. Rising from a humble background, how he became the brain behind India's missile programme and the country's 11th President, is truly inspiring. In his autobiography, Kalam has mentioned his journey and has included anecdotes and stories from his childhood, school, college and his time spent at NASA and Wallops Flight Facility. He has not forgotten to mention his personal tragedies, as well. The second half of the book focuses on his scientific expeditions and the missile episode. Get ready to read this inspiring tale, which has also been translated into thirteen languages.

2. The Story of My Experiments With Truth: Mahatma Gandhi

A wonderful piece by the father of the nation, Mohandas Karamchand Gandhi, this book gives a sneak peek into Gandhi's heart, mind, emotions and the experiences that shaped his philosophy of life. He has described how each experience, be it his child marriage, the time when he studied law or his law practice in Africa, moulded his perception and brought him closer to the absolute truth. The book is a compilation of 105 essays, and is divided into five broad sections of his life. In contrast to a usual autobiography, Gandhi strives to share such experiences with the readers.

Mahatma Gandhi Autobiography: The Story Of My Experiments With Truth

Besides an account of Nehru's life, what makes this autobiography special is that it was written by him while he was imprisoned between June 1934 and February 1935. It gives a vivid imagery of the pre-independence era and Nehru's thought process and ideologies directed toward's independence and upliftment of India. Divided into 64 chapters, the autobiography begins with the migration of his ancestors from Kashmir to Delhi in 1716, and the subsequent settling of his family in Agra. Nehru in this book describes nationalism as “essentially an anti-feeling that feeds and fattens on hatred against other national groups, and especially against the foreign rulers of a subject country”. Read the book to find out more about one of the most talked about Prime Ministers of India.

This short book gives an account of the episodes of untouchability, experienced and recorded by Dr. B.R. Ambedkar, the principal architect of Indian constitution. Ambedkar penned down this book during 1935-1936, in his own handwriting. It has been principally divided into six sections, with the first four recounting his personal experiences of untouchabaility and the last two of other people's. The book was first published as a booklet in 1990 by the People's Education Society. At present, Columbia University has it included as a text book.

WAITING FOR A VISA: AUTOBIOGRAPHY OF Dr.B.R.AMBEDKAR

The book takes the readers into the mind of India's first President, Dr Rajendra Prasad. The book was written by him while in prison between 1942 and 1945. It begins with the description of childhood in Chapra village and flows swiftly into his role and vision for the independence. Prasad has described the last few year of British Raj in detail. He has also written Gandhi's impact of him and his role in navigating the struggle for independence. One can get a deeper insight into the foundation of modern India through this book.

Autobiographies Of Prominent Indian Politicians: Tales Of Those Who Shaped A Nation Called India