Best Novels To Read in Your Free Time

Looking for the best novels and books to read in your free time? Worry not, we've sorted the list here for you. Guess what? These are available to shop online! 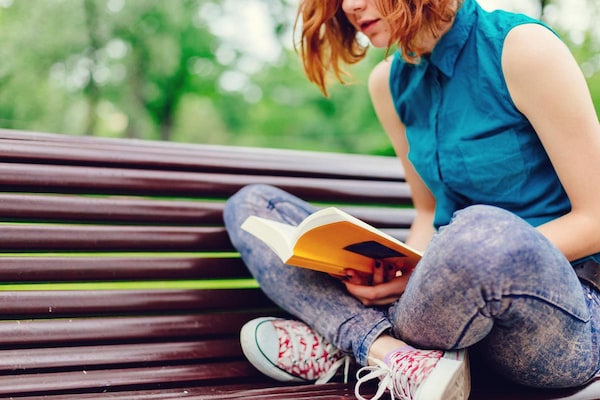 Best Novels To Read in Your Free Time

Books are a personal choice, and everybody has a unique sort of taste when it comes to books. Most of the readers share a special bond with their books and the characters they read about. However, one fact that remains constant is that the best novels to read are the ones that leave its readers with many experiences and an imagination to wonder about life, emotions and society. It is not easy to decide on a list of few best novels to read amongst so many options available, but still we've curated the list that you must read in your free time. William Styron once said that "A great book should leave you with many experiences and slightly exhausted at the end. You live several lives while reading". Here are some of the best novels to read.

1. To Kill a Mocking Bird by Harper Lee

Harper Lee's famous novel, To Kill a Mocking Bird has been quite popular among novel lovers. This tale expresses sorrow and humor in a touching story that leaves an impact on the readers. The novel very beautifully exposes racial injustice prevalent in modern society. The novel is all about right and wrong and about kindness and meanness.

Jane Eyre is a classic novel from Charlotte Bronte which deals with the aspirations and struggles of a young girl to make something of her in this ruthless world. As an orphan, the girl lives with her aunt under deplorable conditions. Jane wishes for independence at a time when Victorian England denied women of their rights and independence. The book is all about a woman's determination to choose her life path in the face of hardships and ridicule.

Charles Dicken is known to be one of the best authors of all time. This novel has been written with a whip-smart observation about human nature and ambition. The book is filled with humor and excitement at every stage. It is indeed one of the best novels to read.

4. War and Peace by Leo Tolstoy

War and Peace at first instance might seem to be too long and the readers might find it difficult to deal with the Russian characters depicted and their names, but despite this, the book makes it to the list of the best novels to read. The story revolves around the years before, during, and after Napoleon invades Russia. The novel brilliantly sums up the world of a crumbling monarchy on the battlefield and in society. Read this novel to find how motives of human behavior can change in situations of war and peace.

5. The Kite Runner by Khaled Hosseini

The Kite runner is a story based on the complicated friendship between Amir and Hassan, Hassan is the son of Amir's father's servant. The novel explores how the turmoil of war tears them apart based on culture and class. The story is all about enduring love of friendship and the transformative power of forgiveness.

This fictional novel is meticulously researched. The novel is filled with suspense and thrill. The story is all about a murder that took place at the Louvre museum and has got the right mix of page-turning action and brain-teasing historical information.

7. Little Women by Louisa May Alcott

Little Women is one such novel that we all must have read during our school times, for some, it has been a part of the course and some picked it because it is one of the best novels to read. The story is about the four March girls, who belongs to America. Most of us would be able to relate to the four characters which make the novel worth reading. The novel is how these girls strive against the odds and live a happy life.

8. Murder on the Orient Express by Agatha Christie

Murder on the Orient Express is a complete thriller. The story is filled with ups and downs. A rich businessman is killed on a train and now it's upon the detective Hercule Poirot to solve the murder mystery and to find out as to who is responsible for the murder. One of the best novels to read, the conclusion of the book leaves the readers stunned.

Murder on the Orient Express (Poirot)

For the latest deals, offers and news, follow HotDeals360 on Facebook, Twitter, Instagram, Google News and subscribe to our YouTube channel.
The HotDeals360 team writes about stuff we think you'll like. HotDeals360 has affiliate partnerships, so we get a share of the revenue from your purchase.
Topic
Best Novels To Read Best Novels Shop Best Novels To Read
More From Books
Advertisement
Fear of Missing Out Best Deals?
Subscribe to our newsletter. Now!
Recommended
Trending
Latest
Quick Links
Trending
Latest