Books On Science: Treading The Path Of Non-Fiction

Science has always attempted to solve the mysteries of everything around us. Here we bring to you some books from the discipline that shook the scientific universe and gave a whole new perspective to humanity. 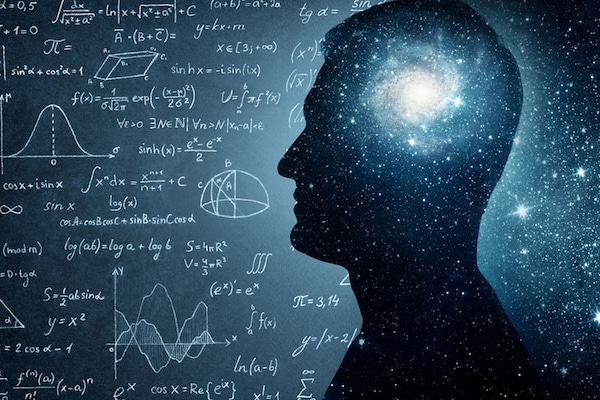 Science has always been the subject of curiosity for humans. However, not everyone chooses to don those white laboratory coats and unravel the mysteries of the universe. Nevertheless, the striving for acquainting oneself with scientific breakthroughs remains alive, as evident from the best-selling science books released by scientists from time-to-time. Be it the dimensions of relativity theory, human evolution, environmental degradation, notorious chemicals, nuclear reactions, animal behavior, psychology, or any other scientific discipline, readers largely read these books throughout the world.

To quench your scientific thirst, we bring to you a list of best-selling books on science, from the non-fiction category, written by top-notch scientists. Get ready to unravel the mysteries of everything animate as well as inanimate, through this scientific roller coasters of best-sellers!

1.The Theory Of Everything

Stephen Hawking was one of the few scientists who believed that advances in theoretical science should be “understandable in broad principle by everyone and not just a few scientists.” Hawking, in this book, has begun the narration of the universe's history from Aristotle's discovery of the Earth being round, to the contemporary times of modern physics, sailing through Hubble's discovery of universe expansion. In this series of seven lectures, he poses the question of a “unified theory of everything”- a compilation of all the partial theories in physics; that governs universe. As per Hawking, it would be the ultimate triumph of human reason. He has also written about the complex theories of black holes, universe expansion, direction of time, and the big bang. If you have ever looked at the sky in fascination and wondered about what is happening out there and why, this book is for you.

The Theory of Everything

2. Sapiens: A Brief History of Humankind

Written by an intellectual, historian, and professor from Jerusalem, Yuval Noah Harari, this book takes its readers through the journey of human evolution over two and a half million years. The book throws light on the fact that we are the last surviving species of genus Homo and that it's possible for some of the humans to be inter-species progeny of Homo sapiens and Neanderthals. The book also discusses at length, the cognitive evolution of humans, agriculture revolution, scientific revolution, and what stores in future for mankind. A multi-disciplinary approach of the book bridges gaps between history, biology, philosophy, and economics. Originally written in Hebrew, the book has been translated into more than 50 languages. Read this best-seller to understand how and why we became who we are today.

Sapiens: A Brief History of Humankind

3. The Theory of Relativity

The theories of special and general relativity proposed by Albert Einstein have largely influenced the modern physics, and are by far unsurpassed theories on relativity. The theories propose new concepts of space and time. The theory of general relativity says that instead of being an invisible force that attracts objects to one another, gravity is warping or curving of space. The more massive an object, the more it warps the space around it. In this book, he attempts to explain the theory in a lucid manner for the layman. The book uses minimum mathematical terms. Read the book to find out the hidden secrets of relativity.

Relativity: The Special and the General Theory

4. Mortal: Medicine and What Matters in the End

Written by a practicing surgeon, Dr Atul Gawande, Being Mortal opens before its readers a whole new perspective towards death and medical science. Gawande, through his eye-opening research, talks about the limitations of his profession, discomfort faced by doctors in discussing patients' anxieties about death, and resorting to modern death delaying techniques that have begun to actually shorten their lives instead of improving them. He calls the modern times “an era in which the relationship between patient and doctor is increasingly miscast in retail terms.” The book thrives on the belief that the ultimate goal is not a good death but a good life. It raises an important question - How many doctors, used to telling their patients how to live, are ready to talk to them about how to die?

Being Mortal: Medicine and What Matters in the End

5. Cosmos: The Story of Cosmic Evolution, Science and Civilisation

A compilation of 13 heavily illustrated pages, Cosmos explores the 15 billion years of cosmic evolution, development of science, and evolution. The book probably talks about everything under the sky- from the universe, stars in the sky, and cells in our body to the date fed in them. It's a cocktail of astronomy, physics, chemistry, biology, psychology, history, religion, politics, and economy. The book has been written in such a manner that it can be understood by anyone. Sagan, in this book, reiterates his position on extraterrestrial life; though, he admits that no such credible proof has been found yet.

Books On Science: Treading The Path Of Non-Fiction