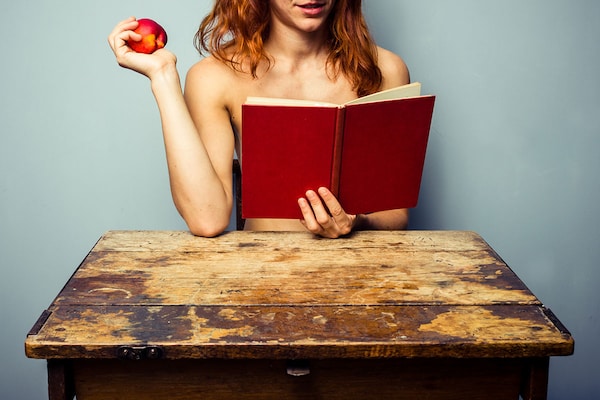 Caution: For Adults Only!!!

3. Bared to You (A Crossfire Novel) by Sylvia Day:

Bared to You: Crossfire, Book

4. The Claiming of Sleeping Beauty by Anne Rice:

The Claiming Of Sleeping Beauty: Number 1 in series

The story revolves around a mysterious lady - Madame X, who had been going through all the emotions of life. Controlled by her lover Caleb, when she meets Logan she starts questioning who she is and what she knows about her own life. The chemistry they begin to share is intense in such a way that X cannot ignore it at all. Both men want Madame X, without having to share her, but Caleb isn't ready to let go of X without a destroying fight. Read this novel to know how this story ends.

Blindfolded Innocence is about Brad DeLuca, a premier divorce attorney and a pre-law student Julia Campbell. Brad is a playboy and has slept with half the city, including his own clients and on the other hand, whereas Julia is freshly out of a failed engagement and is currently enjoying her independence. Regardless of wanting to stay away from Brad, before Julia even realizes, she is caught in his charm and falls deep into his forbidden world of sexual exploration.

8. Wicked for You (A Wicked Lovers Novel) by Shayla Black:

Wicked for You: 10 (A Wicked Lovers Novel)

9. The Feather by Red Garnier:

The story of the novel revolves around the characters of Meredith Sinclair and James Hamilton. While Meredith is having the wildest ride of her life, James is exactly the person who she respects, admires and desires as a man. After James makes an indecent proposition to Meredith, she accepts it without thinking twice about it and that's when the entire erotica starts as James sends a thunderbolt of desire through her naked body with a feather that she has treasured all her life. James and Meredith then discover their past life together in Victoria England in which their life was much hotter than their present one. If you are looking for a story with just erotic scenes, this novel can be your choice!

The Mister: The #1 Sunday Times bestseller