Book lovers, this is for you. These best sellers have to be in your stock, so shop for them now, and start reading! 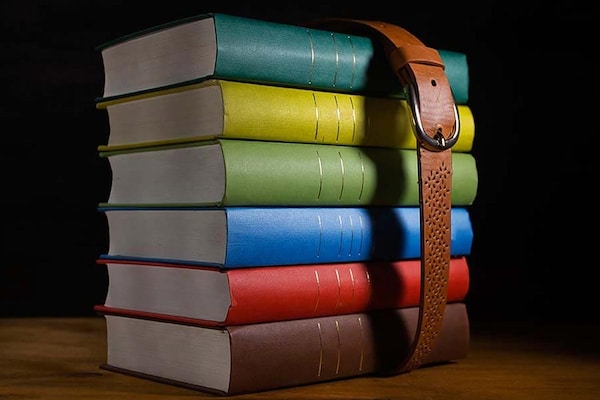 Having a stock of the most popular book series can help avoid the agonising idle time between two book reads, something book lovers often face and detest. Get your hands on these popular book sets, and never have a dull day, again!

The Harry Potter series is unarguably one of the best book sets to have. It offers everything that you look forward to in a good story- engaging plot, continuous dose of thrill, sudden twists, wild imagination, some drama, and lots of magic. The popular characters Harry Potter, Hermione Granger, Ron Weasley, Lord Voldemort, will almost feel like friends (some foes) by the time you finish reading.

2. The Hunger Games by Suzane Collins

The Hunger Games can be rather gripping. It is a series of young adult dystopian novels written by American novelist Suzanne Collins. The series is set in The Hunger Games fictional universe, and follows young Katniss Everdeen, who voluntarily takes her younger sister's place in the Hunger Games: a competition in which two teenagers are chosen at random to fight death. The novels in the trilogy are titled The Hunger Games (2008), Catching Fire (2009), and Mockingjay (2010).

One of the most popular book series, A Game of Thrones by George R.R. Martin is loved by many. The author has a very well mixed heroic fantasy on the platter, along with a diverse and evolving cast of characters, offering you some epic fantasy moments. This book is about a dynasty war, and portrays women and religion in diverse forms.

A Song of Ice and Fire - A Game of Thrones: The Complete Boxset of 7 Books

4. The Chronicles of Narnia by C.S. Lewis

One of the most popular book series- a set of seven books, The Chronicles of Narnia is considered a classic for children's literature work and is the author's best-known series. Set in the fictional realm of Narnia, a fantasy world of magic, mythical beasts, and talking animals, this is one of the best book sets that narrates the adventures of various children, who play central roles in the unfolding history of that world.

Twilight Saga is a love story of its own kind. It revolves around a teenage girl- Bella, who moves to Washington and falls in love with a 104-year-old vampire named Edward Cullen. What follows is not just another typical romance, but a series of engaging events spanning between two worlds- the natural and the supernatural. Everything is being fought for- love, laws of nature, rules of the vampire world, limitations of the human world- and everything in between.

For the latest deals, offers and news, follow HotDeals360 on Facebook, Twitter, Instagram, Google News and subscribe to our YouTube channel.
The HotDeals360 team writes about stuff we think you'll like. HotDeals360 has affiliate partnerships, so we get a share of the revenue from your purchase.
Topic
best selling books best books best book series
More From Books
Advertisement
Fear of Missing Out Best Deals?
Subscribe to our newsletter. Now!
Recommended
Trending
Latest
Quick Links
Trending
Latest