Sanjeev Kapoor, a famed chef and Padma Shri recipient, has been fascinating his audience with lip-smacking recipes for more than three decades now. Check out some of the recipe books by chef Sanjeev Kapoor below and enjoy a delicious meal! 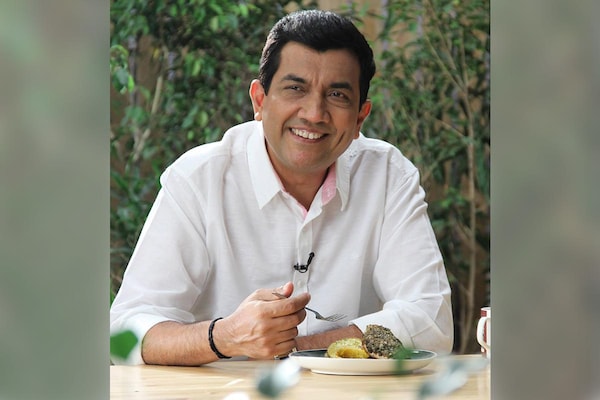 Sanjeev Kapoor has been a household name in India for more than three decades now. He has been experimenting with and presenting before the audience a large variety of culinary delights through books, TV shows, blogs, videos and restaurants. One of the most celebrated celebrity chefs of India, who baked his name on international waters as well, is also the recipient of Padma Shri, the fourth-highest civilian award. Here are some cook books penned down by the connoisseur himself.

Cheese is one of the most popular choices amongst millennials and is being rapidly experimented within local as well as international delicacies, alike. This book contains recipes that can be made or have their taste enhanced with cheese. Some of the recipes include those of Caesar salad, cheese balls, pizza Margherita wraps, herby mozzarella, chimichangas, and quesadillas.

2. How To Cook Indian

Indian recipes are known for their exotic flavours and an amusing diversity. This book gives simplified guidance into the universe of Indian cookery with easily found ingredients, as well as their substitutes. The book contains more than 500 recipes on most celebrated as well as lesser-known Indian recipes including butter chicken, samosas, kebabs, soups, pickles, chutneys, snacks, and starters.

How to Cook Indian: More Than 500 Classic Recipes for the Modern Kitchen

Chocolate is one of the most celebrated flavours across the globe. Despite its massive popularity, people aren't quite confident about the recipes with this magic ingredient, believes Sanjeev Kapoor. In this book, he brings a plethora of recipes ranging from beverages, cakes, cookies, mousses, moulded tidbits and desserts including chocolate Kulfi, chocolate lassi, chocolate cream biscuits and chocolate pancakes.

The book brings to the reader a platter of detailed and precise recipes from Sanjeev Kapoor's famous chain of restaurants, Yellow Chilli. The recipes come with basic methods and can be easily replicated at home. The book won the best cookbook of international category in the 2012 International Book Awards. Enjoy restaurant-style food at the comfort of your home with this book.

This set contains five books penned down by Sanjeev Kapoor catering to different cuisine types- Breakfast, Snacks and Starters, Main Dishes, Global Cuisine, and Mithai. The book gives a peek into the secret hacks rolled up the sleeves of Kapoor besides, of course, the recipe. It has been written in a lucid, easy-to-read manner.

Southern India has a rich stock of exotic spices, which naturally gives rise to a plethora of mouth-watering dishes. What makes them even more unique is excessive use of coconuts, rice, and lentils. Through this book, Sanjeev Kapoor takes the reader to a culinary journey to South India. The book has been divided into five parts- Snacks & Starters, Vegetarian Main Course, Non-Vegetarian Main Course, Rice and Bread, Accompaniments, and Sweets.

8. No Onion No Garlic: Recipes To Keep Life Simple

A lot of people avoid consuming onion and garlic, and this restricts a lot of food options for them. Kapoor in this book brings delicious recipes sans onion and garlic, which will not only satiate your hunger but also won't violate the eating rules you follow. Explore fantastic recipes from breakfast, lunch, dinner, as well as tea time.

No onion no garlic

Chinese cuisines top the menus of a vast variety of restaurants, chic cafes, hotels, as well as vendors. Indians have even started experimenting with these dishes, giving them a “desi” avatar, proving the popularity. In this book, 100 Chinese recipes have been penned down including the most savoured ones as well as the lesser-known ones, including crackling spinach, sweet wontons, fiery Sichuan chicken, Hakka noodles, and spring rolls.

Over the last decade, baking has been taken up by a lot of culinary enthusiasts. In this book, Sanjeev Kapoor has brought to readers, recipes for scrumptious cakes, cookies, bread, biscuits, teatime treats, cheesecakes, tarts, pies, desserts and souffles. Some of the dishes talked about in the book include mushroom quiche, spring onion tarts, cheese balls, sacher torte and black forest cakes. Kapoor has also included several tips and tricks.