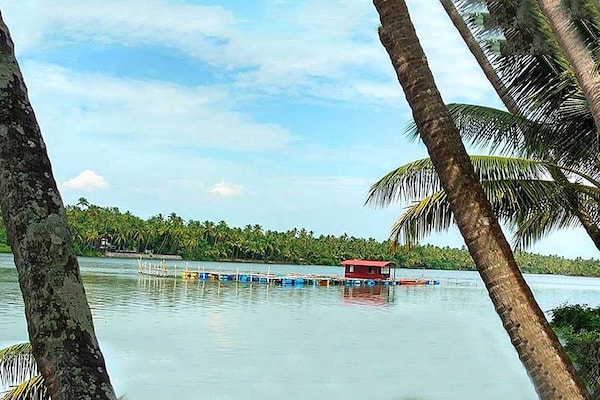 At the heart of Kerala, is the city of Thrissur, truly a melting pot of sacred architecture, religion and culture. The city derives its name from Thri-Shiva-Per-Ur which literally translates to The City or the Town with the name of Lord Shiva. The city houses the first mosque in India : Cheraman Juma Masjid (the second in the world after Medina). The first church in India is also located here in Thrissur : St. Thomas Church at Palayoor. The land of Thrissur is also where the tallest church in India and the third tallest in Asia, is erected : The Church of Our Lady of Dolors. The Kerala Mandalam, the Kerala Sahitya Academy, the Kerala Lalitakala Academy and the Kerala Sangeeta Nataka Academy are also situated here. A melting pot. We meant it. Oh, you thought it was a charade? 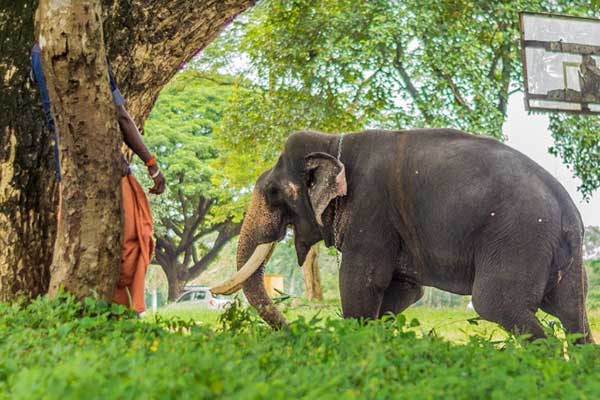 How To Reach Thrissur

By Air : The nearest airport to Thrissur is the Cochin International Airport (Code : COK)  which is 50 kms away from the city. Buses are available from the airport to the city at regular intervals of 1 hour.

By Train : Thrissur Railway Station (Code : TCR) is a well connected and major railway station in South India. Daily Trains are available to major cities around the country. The commute to the railway station is also facilitated well by local buses.

By Road : Thrissur can be reached by both Government and Private buses operating at frequent intervals  from nearby cities of Kochi, Madurai, Bengaluru, Chennai, Mysore, Hyderabad and many more.

The best time to visit Thrissur would be during the Thrissur Pooram which falls between April 15th and May 15th. This Year, it is scheduled for 13th of May. August and September provide yet another golden opportunity to visit Thrissur as it is the time of Onam - a harvest festival.

Best Places and Things To Do in Thrissur : 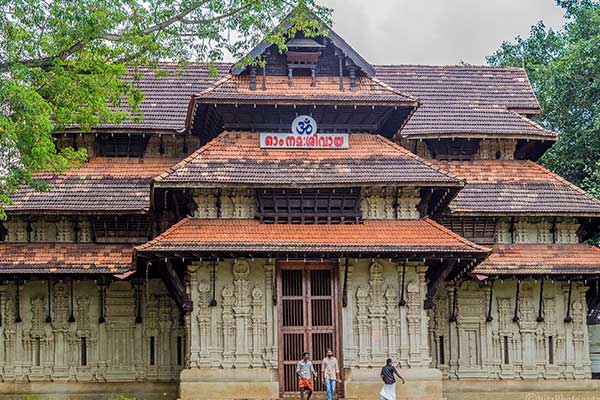 A visit to Thrissur is incomplete without the Vadakkunnathan Temple dedicated to Lord Shiva. Mural paintings from Mahabharata and wood carved vignettes embellish the temple, built in the classic Kerala style of architecture. Encircling the temple, is the Thekkinkadu maidan where the main attraction of Thrissur : The Thrissur Pooram is held. 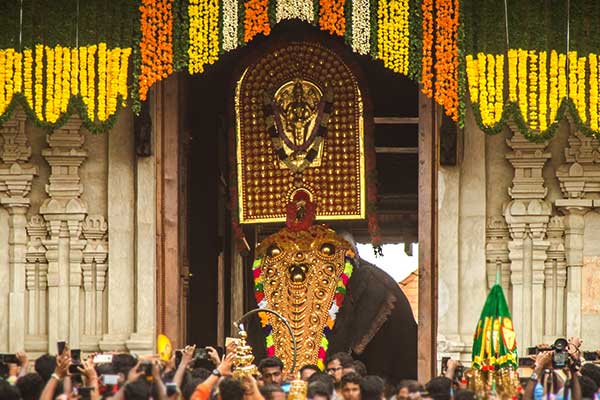 The Thrissur Pooram is held every year on the Pooram day of the month of Medam (Malayalam Calendar). This year, the Thrissur Pooram falls on the 13th of the may. This is the day when local deities from around the area along with their entourage visit and pay obeisance to Lord Shiva of the Vadakkunnathan Temple. Do look for the scintillating display of fireworks, the beautifully decorated elephants and the Kudamaattam competition which involves colourful displays of umbrellas that are made fresh every year from scratch. Here's something you should know : Although a Hindu festival, Most of the pandal works are crafted by the Muslim community. The materials for the umbrellas for Kudamaattam are offered by the churches and their members. A melting pot. We meant it. Okay, this was the last time.

Basilica of Our Lady of Dolours : 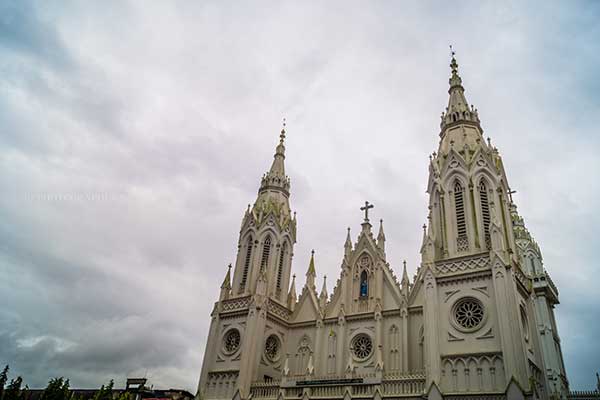 Basilica of our lady of dolour
Photo Credit: Instapage deadly.idly by Nitin MJ

Built in fine Indo-gothic architectural style, the central tower of this church stands at 260 feet (79 metres) making it the tallest church in India and the third in Asia. 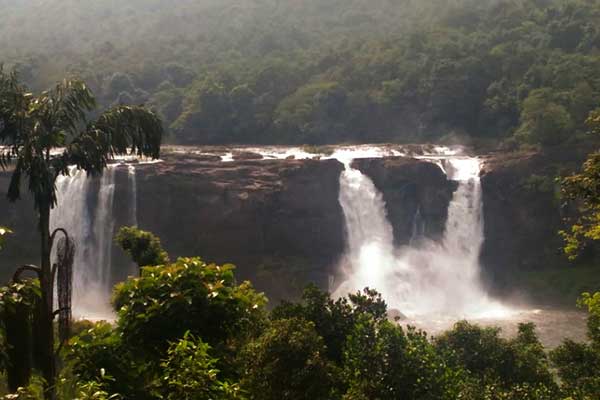 Barso re Megha Megha...Barso re ♫. Remember the famous song from Guru? Athirappilly waterfalls is where it was shot.The Athirappilly waterfalls is sure to bring tranquility to you with its breathtaking scenery. Located at a distance of 60 kms from Thrissur, the waterfall is surrounded by lush green forests of Western ghats. The area is also home to several endangered and endemic species notably the Hornbill.

The temple is one of the most important Hindu shrines in the country and especially Kerala, dedicated to the Krishna avatar of Lord Vishnu. Located 25 kms away from the city, It features the typical kerala architecture and is believed to be at least 5000 years old. It is worth mentioning here that the temple is very strict on its dress code.

If you're visiting the temple, do spare some time to check out this place. Punnathurkotta, once a palace of a local ruler is now used to house elephants , around 60 of them who take part in religious ceremonies.

Kerala and its beaches! Enough said. The Chavakkad Beach, displays the delightful site of the confluence of sea and river. The lighthouse of the Beach also is a frequently visited place. It is around 30 kms from Thrissur but only 5 kms away from Guruvayur Temple. Maybe visit the Temple in the early morning hours and then settle down here for a relaxing afternoon. At Hotdeals360, we care for you. 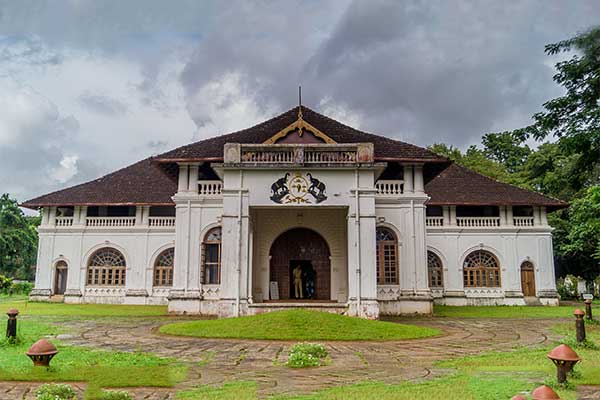 The Nālukettu styled palace featuring a touch of Dutch architecture was the centre of power of King Rama Varma Sakthan Thampuran, the ruler of the Golden Era of the Cochin dynasty. The palace currently houses a museum which preserves artifacts from different eras, most of them pertaining to the rulers of Kochi and adjoining territories .

Believed to be dated back to the Prophet Muhammad's time, the Cheraman Juma Masjid is India's first and the World's second oldest mosque. People of all faiths visit the temple bringing oil for the lamp that is believed to be 1000 years old. Interestingly, Vidyāraṃbhaṃ, a Hindu tradition is also allowed in the mosque.

Best Places to Eat/Drink in Thrissur :