In an interview with NDTV HotDeals360, Darsheel Safary of Tare Zameen Par fame talks about his new project.
By: Ishaan Singh
Updated: May 31, 2021 15:17 IST
Highlights 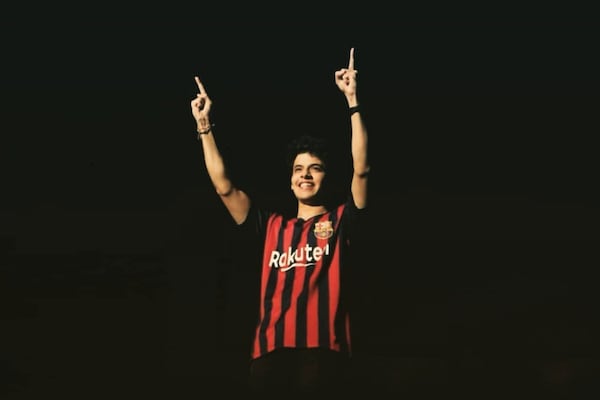 Taare Zameen Par star Darsheel Safary became a household name after his lauded performance in the 2007 Hindi drama film alongside Amir Khan. The story of a dyslexic kid, who tries to wade his way through school and studies, Taare Zameen Par hit the big screen with a strong message, broke stereotypes and set new benchmarks for Bollywood as well as for its little celebrity.

It was following the success of his first film and a quest to be able to deliver performances with similar power and impact that Safary chose to take a break from films and focus more on developing his craft through theatre.

Since then, Safary has been performing at shows throughout the country and abroad as well, and is now ready to hit the silver screen again with his upcoming short film called Choice. In an interview with NDTV HotDeals360 Safary shares how excited he is for this.

"Nothing is permanent in this wicked world…not even our troubles”, this quote by Charlie Chaplin, drives the film Choice.

This film revolves around the character of Rishi (21), played by Safary, who belongs to an upper-middle-class family, and lives with his father, stepmother, and stepsister.

Rishi is a guy engulfed in the complexities of his own life. He doesn't interact much with his family and also doesn't have many friends. He does talk to his father once in a while and visits his real mother, whom he feels more comfortable with.

Rishi is an insomniac, who is also suffering from nighttime incontinence, a condition that leads to involuntary urination while asleep. The dream of his brother Gaurav committing suicide haunts his nights frequently, tormenting his mental health. The entire film revolves around Rishi's troubles with this condition and the guilt of not being able to save his brother.

The film is still in its post-production stage. This is what Darsheel had to say about his experience shooting for it.

“I thought of doing something that would be slightly different from what I've done before. So I recently did a new project and I was able to explore a slightly darker side, a slightly more troubled mindset. It took me about a month to get it right. I won't be going into detail, but this is wildly different from what people have seen me do, and this is what would pretty much help me to try new things and would also get the audience to see something different that I'm able to do,” he says.

When asked about how he chooses a role, my priority has always been the story, not how big the role is,” he concludes.

Watch the entire interview with Darsheel Safary, below

For the latest deals, offers and news, follow HotDeals360 on Facebook, Twitter, Instagram, Google News and subscribe to our YouTube channel.
The HotDeals360 team writes about stuff we think you'll like. HotDeals360 has affiliate partnerships, so we get a share of the revenue from your purchase.
Topic
Darsheel Safary Darsheel Safary interview choice short film Short Film Choice
More From News
Advertisement
Fear of Missing Out Best Deals?
Subscribe to our newsletter. Now!
Trending
Latest
Quick Links
Trending
Latest