Instagram Reels Now Have A New Tab In India

Instagram reels have been quite popular in India, partially, since they were introduced soon after the ban of TikTok, which had over 200 million users. Taking into consideration this rising popularity, Instagram has replaced the explore tab with reels, in India. 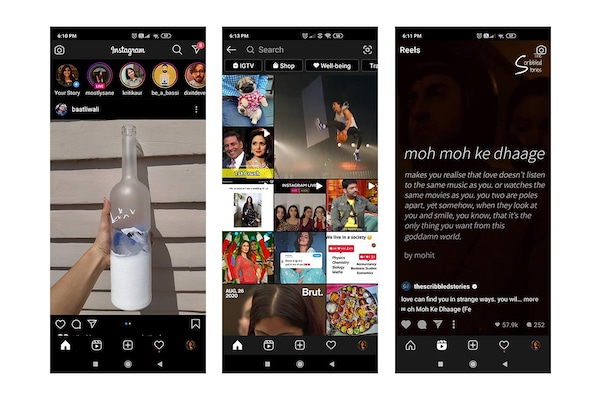 Instagram has been introducing new features to set its foot firmly in the social media sector. Initially meant just for sharing photographs, it is gradually establishing itself as a video upload destination, with features like IGTV and Reels. While IGTV has already gained enough traction with the Indian audience, Reels is a relatively new feature launched in July, just a few days after the ban of popular video application TikTok.

Interestingly, India was the fourth country where the feature was launched, after Brazil, Germany, and France. Indian audience has welcomed the feature whole-heatedly and has been uploading creative content on the platform ever since. Some of the users even hit more than a million views on their reel videos, reflecting the massive potential for the feature in the Indian market. In fact, considering the massive success here, the feature made its debut in over 50 countries including the US.

Hitting on the opportunity, Instagram has introduced a new tab dedicated entirely to the reels, within forty days of its launch in India. The tab has been placed where earlier the explore section used to be. In the new Reels tab, auto-play and sound will be turned on by default.

Users can easily access the reels by clicking on the Reels tab and alternatively, also through the explore section, like earlier. In addition to this, the reels will also pop up in the feeds on the users.
For making a reel, users still need to click on the camera icon on the top left corner, just like stories. The replaced “Explore” tab has now been shifted to the top right corner, next to the inbox.

India is the first market where the company is launching the Reels tab, thanks to the 'interest', 'creativity'  and ‘momentum' it has seen here, as confirmed by Manish Chopra, director and head of partnerships at Facebook India. He further states that Instagram is also planning to integrated more tools in the future. As of now, this new change is also being tested in Germany, France and Brazil.