Indian film industry has had many cinematic adaptations of Shakespearean novels including Haider, Bhranti Bilas, Maqbool, Kaliyattam and Omkara. 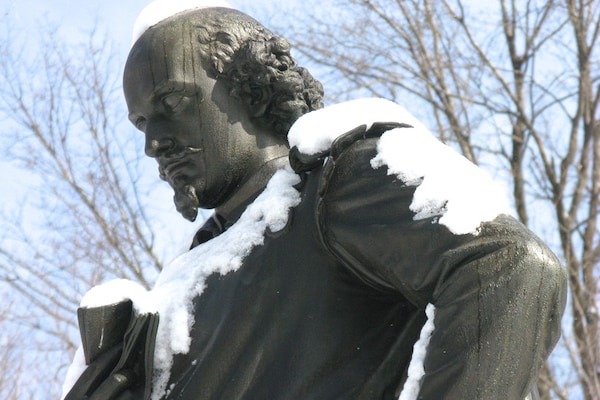 Indian film industry has long been inspired by Shakespeare's works

Joji, the latest Amazon Prime release, has stirred quite a buzz among cinephiles. The film is being laureled among critics for its effortless portrayal of unravelling a criminal mind, as well as, the origin of its criminality through a steady cinematic tone. This crime drama film is based on Shakespeare's popular novels, Shakespeare's Macbeth and Koodathayi Cyanide Murders, which stand true to their essence even in modern times. However, the fascination of the Indian film industry with Shakespeare is nothing new. Creative heads have been creating many films based on the laureate's works with a few tweaks of creative liberty. Here are some of such films, which left a mark on the readers!

Indian Films Based On Shakespearean Novels

This 1949 Telugu film is loosely based on King Lear, a popular tragedy written by the Bard. The film begins with the frustration of a king who is mad at his third daughter for not loving him enough. In a fit of rage, he marries her off to a specially-abled person. However, as his son-in-law helps him recover from an ailment, deeper layers of the plot are uncovered.

Bhranti Bilas (The Comedy Of Errors)

Bhranti Bilas (1963) is a bone tickling Bengali film based on the Shakespearean novel- The comedy of errors. The film embarks on the journey of the duo of a merchant and his sever, who are on their way to visit a small town for a business opportunity. The film takes a hilarious turn when they are mistaken to be twin brothers. The film was later also adapted into two Hindi movies- 1968's Do Dooni Char and 1982's Angoor, both of which were written by Gulzar, the popular poet and lyricist.

Arivaali (The Taming Of The Shrew)

Arivaali is a 1963 Malayalam film based on the Shakespearean novel- The Taming of the Shrew. This film seeds on the patriarchal standards of our society and its reflection in the institution of marriage. The film begins with a wealthy man's proposal of marrying his spoiled daughter with a cash prize of one lakh rupees along with an acre of land. An activist who is in dire need of money to help the farmers hops on to the opportunity and later “tames” her wife to sit him more.

Maqbool (2003) is a modern-day adaptation of Bard's Macbeth which doesn't portray the exact events of the play and yet manages to bring forth its true essence. Adapted as an underworld drama, this Vishal Bharadwaj directorial marks the journey of an underworld don's henchman, who falls in love with his mistress. As the love between the two blossoms, the damsel motivates him to kill the don and replace him.

Haider (2014), a Vishal Bharadwaj directorial, brings to the platter two piping hot interests of Indian cinephiles- Shakespeare and Kashmir. The film is based on Hamlet and revolves around mystery, betrayal, existential crises, and the ultimate choice. The film draws the journey of a young man who returns to his home town in Kashmir to delve deeper into the mystery of his father's disappearance. The film unabashedly portrays the political turmoil of the valley and the intricate complexities of human relationships.