Pringles Pollution: Your Favourite Box of Chips is Not-So-Environment Friendly

One of the most enjoyed wafers across the globe, Pringles are famed for their characteristic packaging, delicious taste and the -pop- sound. Recent studies, however, suggest that their packaging is even more dangerous for the environment than those of usual wafers. 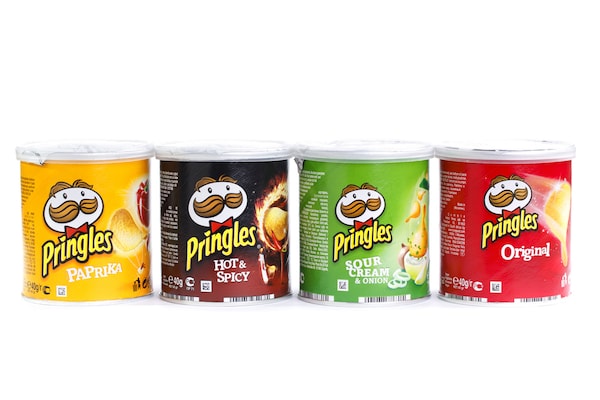 Pringles are perhaps one of the most enjoyed imported packs of wafers in India. Boxes of exotic flavoured Pringles share supermarket shelves with Lay's and the likes, which are all savoured by many, and presumably in greater quantities than Pringles, thanks to the former's reasonable prices. Yet, the humble packs of chips likely do not cause as much pollution as a single box of Pringles can.

A box of Pringles can be as dangerous for the environment, as attractive as it is for most of its fans. Pringles' unique container is in fact now being notoriously dubbed as a recycler's nightmare.

Unlike a pack of chips, which is often only a plastic wrapper (of course with varying combinations of polymers used for different packs), a box of Pringles is made from more complex materials.

A typical box has a metal base, a cardboard sleeve, a metal tear-off lid, and a plastic cap, that together make recycling a box of Pringles more complex than breaking down a pack of chips.

However, acknowledging the problem in hand, Kellogg's, the maker of Pringles, is working out a simpler can, reports the BBC, adding that experts are still not convinced with the new solution.

As per the report, the new can will be made from 90 per cent paper, and around 10 per cent polyal (plastic) that will be used to seal the interior to protect the condiments against oxygen and moisture that can damage the taste.

Kellogg's said the new design is part of the company's goal to make all packaging 100% reusable, recyclable or compostable by the end of 2025.

For the lid, there are two options in trial, a recyclable plastic lid and a recyclable paper lid, and Kellogg's says the new lids will still produce the distinctive "pop" associated with the product.

But, the critics are still wary of the new packaging, saying that the plastic in the caps is going to continue creating pollution. On the other hand, Kellogg's says that an airtight packaging is essential in order to retain the flavour of the food inside.

The recycling tests for the new cans are yet to be conducted, and while some continue to bash the use of plastic, environmentalists are saying that even minor changes done at a large scale will have an ultimate positive impact.