Samson's and Tewatia's innings helped Rajasthan Royals to register the record of chasing highest successful chase in the history of Indian Premier League(IPL). 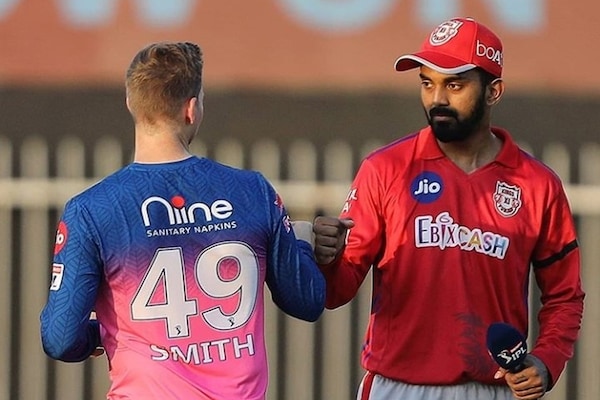 Kings XI Punjab (KXIP) on Sunday lost an interesting game against Rajasthan Royals (RR) at Sharjah in the United Arab Emirates. KXIP would regret the loss to Rajasthan Royals as they had put on competitive 223 on board. Royals skipper Steve Smith won the toss and chose to field first. Smith's decision of fielding first, went wrong as KXIP skipper KL Rahul and Mayank Agarwal had a great 183 run opening partnership. Agarwal's maiden century with KL Rahul's 69 and Nicholas Pooran's fast 25 off 8 deliveries helped KXIP to put on a heavy total. Agarwal's 106 runs innings came in just 50 deliveries. His innings was studded with 10 fours and 7 sixes.

In response, Royals came out with skipper Smith and wicket-keeper batsman Jos Butler. Butler departed early, but Smith with Sanju Samson had a great partnership of 81 runs with Smith scoring 50. After Smith's departure, KXIP dominated the middle overs by keeping Tewatia quite. In the first 19 deliveries, Tewatia scored just 8 runs which obligated Samson to take risks. Samson left the crease at the score of 85 in just 42 deliveries. After Samson's departure, Royals fans saw the best innings of Tewatia. The left-hander smashed 5 sixes to Sheldon Cottrell in the 18th over of the match. Tewatia's innings shattered KXIP's hopes of winning the match. Tewatia got out at the scored of 53 by making way for Royals win. With this win, Rajasthan Royals are in second place. Royals have gained 4 points out of two games by beating both Chennai Super Kings(CSK) and Kings XI Punjab(KXIP).  On the other hand, KXIP has won only one game out of two but KXIP still stands at 3rd position on the points table because of their strong and healthy net run rate of +1.498.

Currently, KL Rahul is holding the orange cap with 222 runs in three. The KXIP skipper is followed by his fellow teammate Mayank Agarwal. Agarwal has scored 221 runs in three matches which include 106 against Rajasthan Royals and 89 against Delhi Capitals. Both KXIP players are followed by Faf Du Plesis, Sanju Samson, and Steve Smith with 173, 159, and 119 runs respectively.

With 7 wickets in three matches, Shami overtook Rabada to hold the purple cap. Rabada has taken 5 wickets in 2 matches. Both Shami and Rabad are followed by Sam Curran (3 wickets) of CSK, Sheldon Cottrell(3 wickets) of KXIP, and Yuzvendra Chahal of RCB(Royal Challengers Bangalore).