Reliance Jio would soon be coming up with the all-new app known as the Reliance JioMeet. This can be your new video conferencing platform to stay connected. The good thing about this new app is that is compatible with iOS, Android, Windows and Mac. 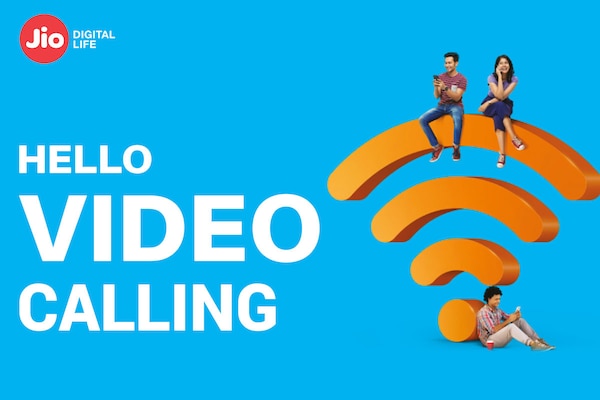 One of the country's youngest telecom operator Reliance Jio has announced to come up with an all-new video conferencing application called the JioMeet.

Due to the lockdown, most of the companies in India have allowed employees to work remotely. Even educational institutions are resorting to online classes. In such a scenario, where dependence on digital means of communications is increasing, the news comes as a welcoming one, especially because of the privacy issues related to some other video conferencing applications.

By coming up with a video application, telecom industry major Reliance is also stepping up to match a global competition of similar services.

Currently, video calling applications such as Zoom app, Google Meet, Microsoft Teams and even WhatsApp are being used in dramatic numbers across India as the country is in a complete lockdown and people continue to work or study from home.

Reliance unveiled information about the launch of the Reliance JioMeet App while announcing their quarterly earnings.

The good thing about JioMeet is that it is compatible with all the operating software. So you can easily download it on your Android, iOs, Windows or Mac device. There is no restriction as to the platforms on which it can be used. If you are a Jio customer then downloading the JioMeet app would be even easier as you can simply get it from the My Jio App store.

JioMeet Video conferencing app is loaded with multiple features and could be the next trending video-conferencing application. Here is a glimpse on some of its cool features:

How To Use JioMeet App?

Step 1. Download the JioMeet app either from the Google PlayStore or Apple Store.

Step 2. Open the app and enter your login details.

Step 3. Now click on 'Sign-In With OTP' that is provided just below the Login option

Step 4. Enter your mobile number and the OTP

Step 5. After logging in you can now easily make video and audio calls

Q. How to install the JioMeet App

A. JioMeet App can easily be installed on any platform using GooglePlay or Apple Store. Not only this you can also install the JioMeet app on your laptops with Windows or Mac OS. This new app is also supported by Chrome and Mozilla Firefox.

Q. When will JioMeet App be available?

A. Though there is no official confirmation as to when will the final version of the app be available for the general users yet it is expected that the app will soon be out in the coming weeks.

Q. What are the advantages of JioMeet App?

A. The JioMeet is a feature-laden application and the makers have taken utmost care to ensure that there are no lags and frill in the app and it is completely user-friendly.

Q. Why should I use JioMeet App?

A. If you are a professional or a student who has been resorting to video conferencing and online classes during the lockdown period but have faced troubles due to network issues or other reasons, then we would suggest you give JioMeet a try.

This is just a speculated process we will keep our readers updated once the final version of the JioMeet App is out.