Sonu Sood Emerges as the Real Superstar in Times of Crisis

Bollywood actor Sonu Sood, who is known for playing a villain's role in movies, has actually turned out to be the 'messiah' for the stranded workers and migrant labourers. The actor, along with a friend, has been on the ground helping thousands of people. 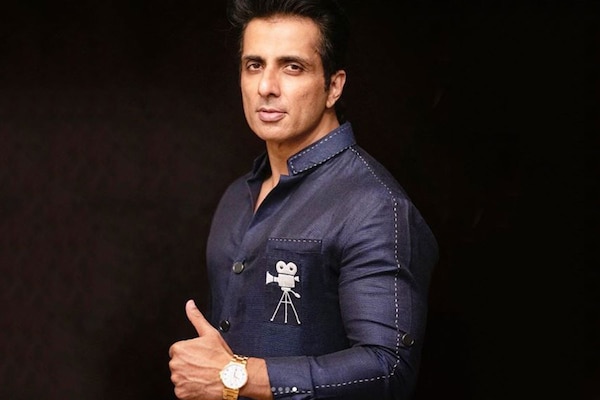 Sonu Sood Emerges as the Real Superstar in Times of Crisis

An actor par excellence, Sonu Sood has been in the news for all the good reasons. By coming to the rescue of migrant labourers in the times of crisis, Sood has indeed emerged as the real superhero.

When the government failed miserably to look after the needs and demands of helpless migrant labourers, Sood rose to the occasion silently, without much promotions, and started offering help to the labourers stuck in different parts of the country. "It gave me sleepless nights when I saw visuals of people walking hundreds of kilometres to reach their villages," the actor said.

Sood started by distributing food packets and eatables to labourers, but later arranged for conveyance for these labourers to be sent  back home. Sood has now become a real hero and has overshadowed the popularity of many big stars. The actor along with his childhood friend Niti Goel has been actively helping stranded people.

On May 9, while distributing food packets on the highway, Sood and his team came across a group of people who said they were going to their homes in the southern state of Karnataka. On asking them how would they go? One of them replied that they would walk down to their hometown. Sood was disturbed at this sight and asked them for two days time to arrange for their travel. In these two days, Sood managed to secure all the permissions from Maharashtra and Karnataka government.

When the first bus carrying 200 migrant labourer was to leave, Sood and his friend Goel were there to flag them off. "When they left they had smiles on their faces and tears in their eyes," the actor said.

Recently he has also announced a helpline number on which any migrant labourer, or anyone in need, can ask or help. Sood has also been quite active on his twitter handle. and has been replying to all the tweets and messages that seek help from him. Though at times there are quite funny and hilarious tweets too, and Sood's replies to these tweets are equally witty and humourous.

The actor believes that 'actions speak louder than words'. The actor has been on the ground helping thousands of people stranded across the nation owing to the lockdown. He has left no stone unturned to ensure that these workers and migrant labourers reach their homes safely.

The actor has been getting thousands of emails and messages on his phone daily from people asking for help. Thousands have also been reaching out on Twitter, Facebook and Instagram.

The new born will arrive in your hometown brother. That's my promise ❤️ https://t.co/HqR6Qacwxa

If you find them suffering there post me. Will get them out from there too. https://t.co/ouETG40nOF

Some of his fans have also taken to social media to praise him. Popular sand artist Sudarshan Pattnaik has also shown his gratitude towards this real-life superman through his art.

We salute your noble deeds @SonuSood Ji . Even words are not enough to describe your help to the helpless during this #CoronaPandemic time. My SandArt at Puri beach in Odisha with Respect and Gratitude ???? pic.twitter.com/DFoLzS4wvc

Looking at sudden fan following and popularity that the actor has gained Pepsico India has signed the man of the moment for their Instagram campaign.

"People have been showering blessings from across the globe. It's overwhelming and it motivates me to work harder. I am there for them, I will be on the roads, I will leave no stone unturned day and night to be with them and make sure that every migrant reaches their destination. To the best of my abilities I will make sure it happens," said Sonu. Salute to the real hero of the country.