As a whopping loss of USD 5 billion hits Disney, the international entertainment brand has upped its streaming game. Already launching shows and films on current streaming platforms such as Disney plus, it plans on opening a new streaming brand under Star by next year. 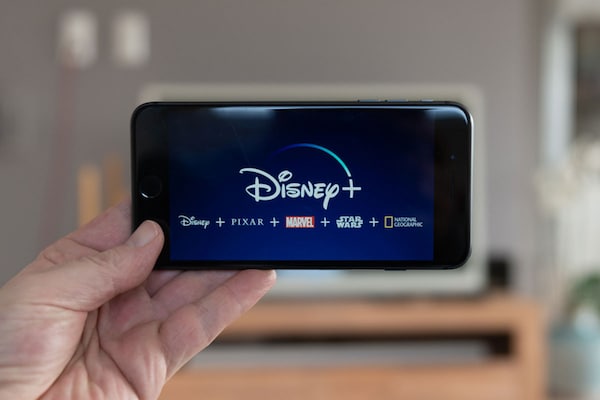 Given the rising popularity of OTT platforms, Disney has decided to set its foot in the sector

Disney is one of the most successful global entertainment brands, with its productions and theme parks attracting kids and adults alike. However, as the coronavirus pandemic hit and restricted its fans to their nests, Disney suffered a loss of nearly USD 5 billion between April to May. Last year during the same period, Disney was gushing over a profit of nearly USD 1.8 billion. Shutting down of its theme parks, and staggered theatrical releases, are to be blamed for this blow.

In these tough times when people couldn't pay a visit to any of the theme parks due to the coronavirus, Disney decided to visit its admirers instead, through the screen of their favourite gadgets.

Disney Plus, the brand's Over The Top (OTT) video-on-demand streaming platform, which was launched nine months ago, took it upon itself to not let Disney wipe out from the minds of its fans.

The platform at present has a fascinating collection of more than 7,500 episodes and 500 films including Frozen, Star Wars: The Force Awakens, High School Musical series, and Lizzie McGuire, among other popular titles.

Striking the right chord, Disney marketed the platform as an entertaining way of surviving the lockdown, and the audience responded exactly the same way as Disney was expecting. The number of subscribers shot up to a high figure of 100 million, marking a remarkable success for Disney Plus within the first year of its launch. The figure almost touches the benchmark that Disney had set for itself for the first five years of its operation. The release of musical drama Hamilton on July 3 is also reported to have helped in climbing up the subscription ladder. While the platform had 54.5 million subscribers as of May 4, the number shot up to 60.5 million paying customers in July. There is still a long way to go, though, for Disney to establish itself in the OTT sector, as per experts.

Trying to set up its foot in this new sector, Disney has once again made headlines by announcing the release of its mega-budget film Mulan, the story of a legendary Chinese warrior on Disney plus. Mulan is a USD 200 million live-action remake of the 1998 classic animated film, which shares the same title. Being first such release, it might set the foundation of mega-budget OTT releases on Disney's front, giving a major blow to the cinema and theatre chains. Originally destined to hit the theatres in March, the film had to undergo an unprecedented delay due to the pandemic, even though its red carpet world premiere in Hollywood was organised long ago.

“We see this as an opportunity to bring this incredible film to a broad audience currently unable to go to movie theatres, while also further enhancing the value and attractiveness of a Disney+ subscription,” shares Bob Chapek, Disney's CEO. Chapek further asserts the audience and analysts to view it as a “one-off” instead of a new business model window.

The film hits the platform on September 4 and will be available via a USD 30 “premiere access.” In contrast, it will hit a theatrical release in China, which is believed to be the epicentre of the coronavirus pandemic.

Venturing into the streaming business, Disney has announced the launch of a new streaming service outside the US under the Indian brand – Star, in 2021. The platform offers in platter, content from reputed names under Disney including ABC Studios, Fox Television, FX, Freeform, Searchlight, and 20th Century Studios. The platform might merge with Disney Plus's general entertainment service in India, Disney+ Hotstar; though, nothing is officially announced yet.

Disney plans on avoiding third party content this time, ensuring that all the content on the platform is owned by Disney. “We want to mirror the successful Disney+ strategy by using our Disney+ technical platform, rooting it in content that we already own, and distributing it under a successful international brand that we also already own, which is, of course, Star, and then bringing it to market in a very close association to Disney,” Chapek told media.

As far as US is concerned, Disney will skip the launch for Uncle Sam and continue to deliver content through its already running platforms including the television site Hulu as well as Disney Plus.

India, on the other hand, is a prospective market, where the release of late actor Sushant Singh Rajput's last film Dil Bechara on the platform for subscribers as well as non-subscribers has already won confidence of the audience. If all the cards are played right, the platform may gain huge popularity in India.