Disney has rebranded its famous entertainment brand 20th Century Fox to 20th Television, giving it more room than before to control its own productions such as the X-Men, and also make better bucks.

The iconic 20th Century Fox is no more, thanks to Disney. The House of Mouse acquired a few of Fox's assets in a massive deal in 2019, and is now making some big changes.

Before any of the films under the popular banner begin, or for that matter even the cast rolls out on the screen for introduction, the gigantic logo of 20th Century Fox claims the silver screen and catches hold of all eyeballs. With dramatic music playing in the background — one that often lends goose-bumps and is now almost like an anthem for fans —the animation of the mega logo has in itself come to be enjoyed by audiences. The iconic spotlight- that falls on the logo- is no stranger to audiences, either, and has in fact become symbolic to films from the studio, whose history goes back to the 1930s with films such as This Is the Life, and Music Is Magic, and includes modern blockbusters like the X-Men movies.

But as the legendary film production house rebrands its TV studios, curtains are being drawn upon 20th Century Fox.

Walt Disney has brought an end to what is perhaps one of the best-known names in the entertainment industry- the 20th Century Fox, and rebranded it as 20th Television.

The new name cuts both the "Century" and the "Fox" from the studio's name.

The announcement follows the company's rebranding of the 85-year-old film company 20th Century Fox as 20th Century Studios. Here too, the name “Fox” has been dropped from the title.

"Our new studio names and logos mark a new day for ABC Signature, 20th Television and Touchstone Television while honouring their rich histories and the creative power of The Walt Disney Company," Craig Hunegs, president of Disney television studios, said in a statement.

To the relief of fans, the only change in the new logo would be the omission of words “Century” and “Fox”; and the well-known logo, with all its fanfare themes, will remain the same.

The new logo and graphics will appear on new episodes of 20th Television TV series. Older titles, which have already aired before the rebrand, will retain the former logo and name.

Disney closed a USD 71 billion deal to acquire many of Fox's assets in March 2019. It was after this deal that Disney created its streaming platform Disney Plus in order to compete with Amazon and Netflix for viewers' attention, as well as the Dollars.

Now, removing “Fox” from all of Disney studios makes sense as the old name could get confusing for consumers.

Fox Corporation's other properties such as such as Fox Entertainment, Fox Sports and Fox News have nothing to do with Disney, and hence retain their names.

The 20th Century Fox was created in 1935 as a merger between Twentieth Century Pictures and Fox Films. 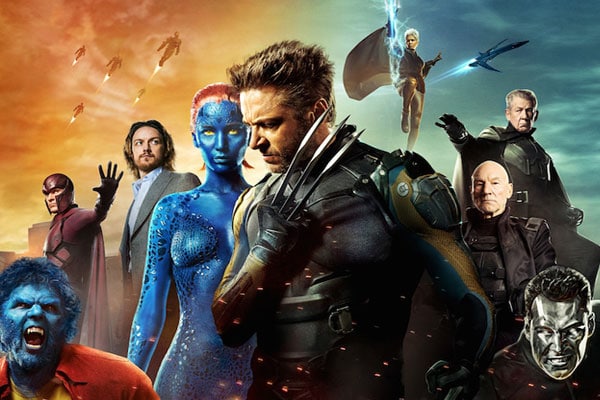 The film studio has produced some of the most popular and beloved films in Hollywood be it Star Wars, The Sound of Music, Die Hard or Home Alone. Hit television shows such as The Simpsons and Modern Family too are a product of 20th Century Fox.

Stepping away from Fox also allows Disney to further control TV shows and movies from beginning to end- from the creation of its programmes to distribution to television channels, movie theaters, streaming services and other modes of entertainment. Disney would get valuable data on customers and their entertainment-viewing habits, which it can then use to sell advertising.

In addition, the rebranding also paves the way for Marvel's X-Men and the Avengers to reunite in future movies. Though Disney owns Marvel Studios, some characters including the X-Men had already been licensed to Fox.