As the coronavirus pandemic surges, and economies across the globe crash, the world's richest people are getting richer by the day. Here's who they are and how they're doing this. 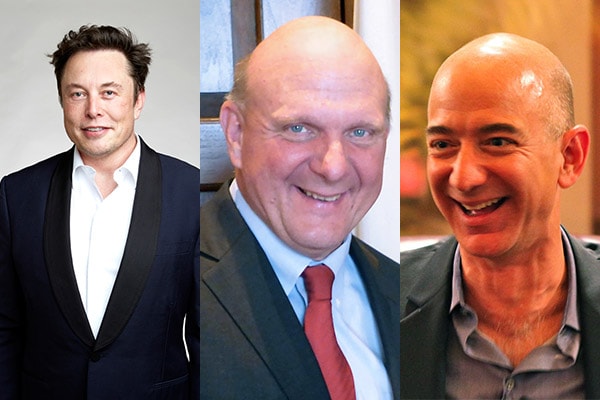 As global online economy surges, the world's biggest tech magnets are getting richer by the day

As rest of the world struggles though unemployment and a huge economic crisis, the three musketeers of Silicon Valley have a different tale to narrate. As per the Bloomberg Billionaires Index, the net worth of Jeff Bezos, Elon Musk and Steve Ballmer has skyrocketed from March to May. But, who are these technology magnets, and how are they faring so well?  Here's a look.

Who are these billionaires?

Jeff Bezos, Elon Musk, and Steve Ballmer are global technology entrepreneurs and some of the richest persons on the planet.

Jeff Bezos is the founder and CEO of the e-commerce giant Amazon. His net worth grew by USD 13 billion to USD 63.6 million on July 27, 2020, which is the largest single day jump since Bloomberg started tracking day to day changes in 2012.

Elon Musk is the CEO and founder of Tesla, the automobile giant manufacturing electronic cars and SpaceX, the aerospace manufacturer and space transportation company. His net worth being USD 69.7 billion, he is the sixth wealthiest person in the world.

Steve Ballmer is the current owner of the Los Angeles Clippers of the National Basketball Association, who also served as the CEO of Microsoft from 2000 to 2014. Currently, his net worth is USD 69 billion.

How did their worth increase during a global pandemic?

Several countries have had enforced lockdowns, restricting the movement in public spaces unless necessary or unavoidable, due to COVID-19 pandemic. With people locked inside their houses, and most of the offices, and educational institutions gone digital, demand for internet and technology services rose dramatically.

A spike in online shopping to avoid going out in public was also recorded, indicating that people were using technology, more than ever.

This created a sense of confidence in investors in this sector. Shares in software and technological giants like Facebook, Apple, Amazon and Microsoft hit all-time highs on the stock market in June. Federal Reserve System's decision to project interest rates near zero through at least 2022, also facilitated this sudden investment spree.

Are other billionaires too profiting during the lockdown?

No. The total combined worth of billionaires has fallen from USD 8.7 trillion last year to USD 8 trillion in 2020, as per Forbes. The wealth of as many as 1,062 billionaires has dipped dramatically, pushing 267 of them out of the billionaires' list.

The worst-hit billionaires are the ones in travel, hospitality, and retail business. Ralph Lauren, the global luxury brand has its worth reduced to USD 5.6 billion from the fine figure of USD 100 million before the pandemic.