Indo-China Face-Off At LAC And Online

While India and China face-off at the Line of Actual Control (LAC), there is a simultaneous war online, with authorities and locals calling for a boycott of Chinese apps. 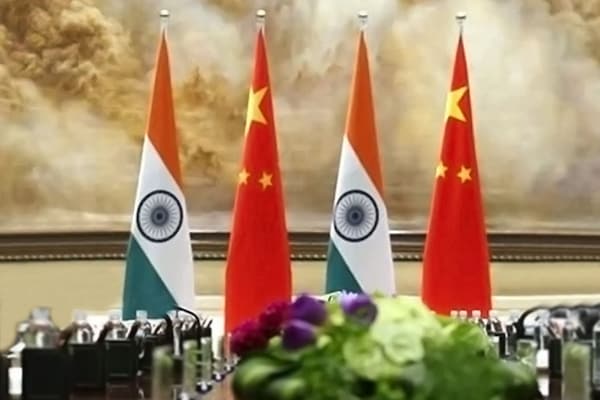 Indian intelligence has been advising India to delete about 52 of Chinese Apps which could have led to extraction of large amount of data to outside of India. These applications include – Zoom, TikTok, WeChat, SHAREit, UC browser amongst others. This decision has been supported by the National Security Council Secretariat as well , and the step has seen many encouraging social media movements with #hashtags like - #boycottchineseproducts #BoycottChineseProducts going viral.

The loss of soldiers in Galwan is deeply disturbing and painful. Our soldiers displayed exemplary courage and valour in the line of duty and sacrificed their lives in the highest traditions of the Indian Army.

India is not the only country to be restricting the use of Zoom and other Chinese Apps, Taiwan has also banned its government agencies from using Zoom, so have Germany and the United States.

TikTok and Zoom have also come back with denials on this stating that they are serious about security and are not compromising any. But Indian officials are saying that many of these apps developed for Android and IOS can be used as spyware or malicious ware.

The face-off at Indo-China border on June 15 night was one the worst in the last five decades. This flare saw 20 soldiers sacrificing their lives at the Line of Actual Control (LAC). This face-off at the Galwan Valley of Ladakh did not see any bullet firing and was a physical fight between the soldiers. Some of the soldiers were either pushed into the river or they fell, and the reason for their death was stated as hypothermia.

The Sino-India border conflict war in 1962 was the last Indo-China war, which was fought from October 20 till November 21, with about 400 Chinese soldiers attacking Indian soldiers at the Indo-China border. They continued to push into the LAC and when India discovered this, they retaliated to the Chinese army, killing about 200 Chinese soldiers.

To look into the matter, Prime Minister Narendra Modi has also called for an all-party meeting on Friday.

In order to discuss the situation in the India-China border areas, Prime Minister @narendramodi has called for an all-party meeting at 5 PM on 19th June. Presidents of various political parties would take part in this virtual meeting.

For the latest deals, offers and news, follow HotDeals360 on Facebook, Twitter, Instagram, Google News and subscribe to our YouTube channel.
The HotDeals360 team writes about stuff we think you'll like. HotDeals360 has affiliate partnerships, so we get a share of the revenue from your purchase.
Topic
Indo-China Face-Off At LAC India China Indo-china border
More From News
Advertisement
Fear of Missing Out Best Deals?
Subscribe to our newsletter. Now!
Recommended
Trending
Latest
Quick Links
Trending
Latest