WhatsApp Emoji Spectrum To Expand By 138 New Entrants: Here's How Emoticons Came Into Being

Emojis have slowly paved their way from simple pictographs to highly advanced graphics, which have become an indispensable way of communication on the internet. Adding to the wide spectrum of emojis, WhatsApp is planning to launch 138 new ones soon. 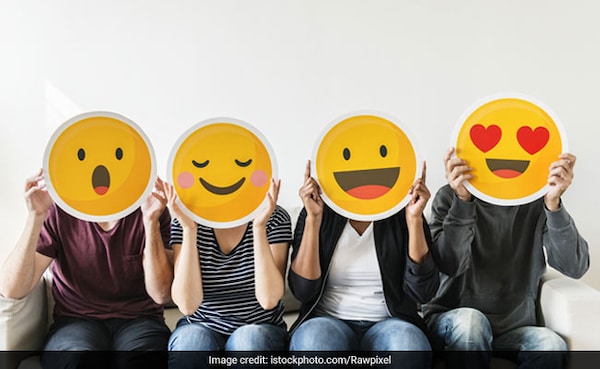 The coronavirus pandemic has necessitated communication applications such as WhatsApp more than ever. Quarantined and isolated across the globe, these applications have entered the list of essentials for the common man; a crystal ball connecting us with the rest of world virtually, while we remain physically miles apart due to an invisible virus. Although updates and new features never fail to become the talk of the web town, any modification in the lockdown period is bound to attract an elevated reaction from netizens.

Initially put on hold due to the pandemic, WhatsApp has now decided to launch as many as 138 new emojis soon, as reported by WABetaInfo. These emojis, however, will not be much noticeable with changes only in colour tones of clothes, hairstyle, and skin tones.

These emojis have already been released in the beta version of the app, version 2.20.197.6. To catch hold of the new feature in advance, the users can download the latest version after joining the Google Play Beta programme or can alternately download its APK file from APK Mirror.

However, this soon to be advanced diversity in an already overflowing palate, brings us to the question- where did these emojis come from and how saturated is our life with their presence?

The Evolution of Emojis

Though the emojis were preceded by emoticons- the facial expressions recreated by various combinations of keyboard features, it was only in the late 1990s that emojis first appeared. The epicentre of this development was Japan's main mobile carrier, DOCOMO. One of the artists of the company, Shigetaka Kurita, took it upon himself to design simple pictorial graphics for i-mode, an early mobile internet platform. Soon the concept took over Japan like wildfire and started attracting software connoisseurs from across the globe.

Finally, in 2007, Unicode Consortium, the organisation which sets standards for digital typography recognized emojis, after a petition filed by Google. Within three years, as many as 625 new emoji characters were adopted into the Unicode Standard.

Since then, there has been no turning back. In digital communication, these characters have been granted an exalted position and renewed avatars keep exciting the users each year. Tapping into this digital venture, WhatsApp too decided to incorporate a diverse set of emojis since its launch in 2009, to woo the users.

How far these seemingly simple graphics have infused in our lives can be gauged from the fact that the Oxford ‘Word of the Year' for 2015 was the ‘Face with Tears of Joy' emoji as it “best reflected the ethos, mood, and preoccupations of 2015.”

A conversation without emojis, especially informal ones, has become unimaginable. From the “Good Morning” forwards and “home remedies” messages to elaborated birthday greetings and even official groups, emojis have slipped into everyday conversations.

“For me, emojis are an added touch of emotion, a compensation for not having this conversation face to face. When words fail, emojis come running to my rescue,” exerts Jaismine Singh, a student from Delhi University.

Though the trend was picked up amongst the millennials first, Generation X and xennials are no behind. “Even though the older generation has picked up the nitty-gritty of social media, many still find typing as a big challenge. For them, emojis are an easier way to express and communicate. Almost all the formal invitation messages or even announcements or the daily greetings involve emojis profusely. The elderly are definitely picking up the emoji trend,” shares Kamna Mishra, media coordinator of the ladies' wing of a Resident Welfare Association in New Delhi.

Smartphone users send more than 70 billion chat messages every day, out of which nearly 10 billion are emojis and the rest 700 million are stickers/Gifs, as pointed out by the Bobble AI's data intelligence report. A platform for exciting customisations in conversations with more than 10 million installs, Bobble AI claims that the use of emoji has risen by nearly 8% during the lockdown as compared to last year, with Face with a medical mask, folded hands, and Face with head-bandage emoji being the most used ones.

It wouldn't, thus, be wrong to say that over time emojis have almost levelled up to the pedestal of words. With newer innovations popping in from time to time, the colourful journey of emojis seems to have a long way ahead.