World Returning To Normalcy By Easing Restrictions At Public Places

Public places like bars, restaurants, and malls have been reopened around the world to bring back normalcy. 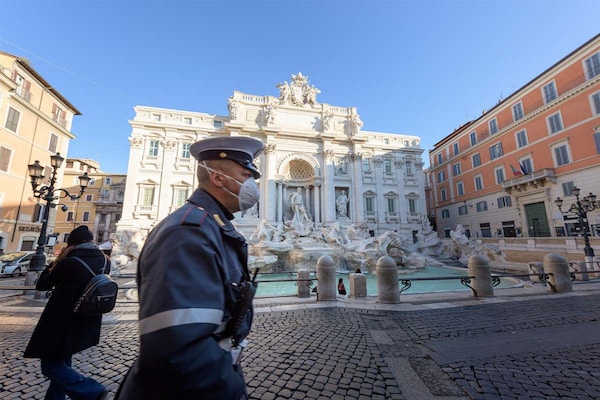 World Returning To Normalcy By Easing Restrictions In Public Places

The coronavirus has done severe damage to the world. From the United States (US) to Australia, Covid-19, the disease that is caused by the coronavirus, has shackled the lives of people. The US, Brazil, Russia, India, and the United Kingdom (UK) are the top five worst-affected countries.

There have been more than 10 million cases of Covid-19 in the world, out of which more than five million cases are from these five countries. The virus has also killed more than half a million people worldwide, even though health experts all over the world race against time to save lives.

The virus has taken a toll on the global economy too, forcing leaders to lift the restrictions on movement of people and goods, even though it is in the backdrop of rising infections and mortality rates.

European countries like Austria, Belgium, Denmark, Germany, and many others have eased lockdown.

On June 23, the UK also eased restrictions. British PM Boris Johnson has allowed bars, pubs, hotels, and restaurants to reopen from July 4. Simultaneously, the UK government has also reiterated that social distancing norms should be followed with these allowances.

Among all European countries, the three Baltic States- Estonia, Lithuania, and Latvia have been the first ones to allow free movement of people, without much restrictions in place.

Many parts of the US have been reopened with eased restrictions. Malls, theatres, and restaurants have been allowed to operate with 50% capacity in Puerto Rico. Restrictions have also been eased in other US states. Restrictions in states like Texas, Oklahoma, Louisiana, and Mississippi were eased since the start of May or June.

Restrictions have been eased in India also. With Unlock 1.0, the government in India has been trying to restore normalcy. Malls, restaurants, and religious places were re-opened on June 1, although with necessary guidelines in place.

However, as cases spiked, some states decided to lockdown, again. Noting the surge of cases in Mumbai and other parts of Maharashtra, the Maharashtra government announced that the lockdown will be extended till July 31.

Like Maharashtra, West Bengal has also extended the lockdown till July 31.

In Karnataka, offices and public places will remain open on weekdays, but the Karnataka government has decided to impose a strict lockdown on weekends to avoid gatherings at public places.

However, the capital New Delhi has been allowed to breathe, even though it is the worst hit city in India. With 73,000 active cases and almost 2,500 deaths, the infection and mortality rate is ever soaring. Yet, temples, malls, and other public places have been already reopened.

As lockdowns lift, authorities are expecting a rise in cases, or perhaps a second wave of the virus. But lockdowns are socially and economically rather expensive, and life must go on- some leaders state- while others debate.