Researchers have developed a new two-step authentication face unlock technology that will allow users to unlock their devices using by speaking out loud unique phrases or making specific facial gestures such as a smile or a wink. 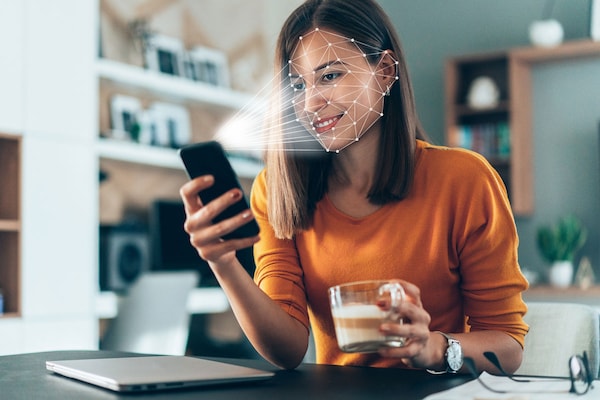 D.J Lee, an electrical and chemical engineering professor from Brigham Young University has developed a revolutionary two-factor identity verification technology that will mandate a certain facial gesture to unlock the phone, in contrast to the current protocol of just appearing before the camera. In layman's terms, users will now be able to unlock their devices after smiling, winking, or even speaking a certain catchphrase. Here is everything you need to know about this technology.

What is the new facial recognition technology?

The new facial recognition technology developed by Prof. D.J Lee of Brigham University is a two-factor authentication system that uses facial gestures, such as a smile or a wink, to unlock any device. Capable of reading lip movements, it'll allow users to unlock by speaking out a certain catchphrase. To sum it up, this new technology requires both one's facial identity and a specific facial action to gain access to the device.

It relies on an integrated neural network framework to learn facial features and actions concurrently. In a preliminary study, Lee and his team recorded more than 8,000 video clips of 50 subjects making facial actions such as blinking, dropping their jaw, smiling or raising their eyebrows. The technology is currently titled “Concurrent Two-Factor Identity Verification” (C2FIV system) and has been filed for a patent by Lee.

What is the motive behind this new technology?

“The biggest problem we are trying to solve is to make sure the identity verification process is intentional,” explains Lee.

The new facial recognition technology is believed to add extra layers of security while unlocking the devices. It is being touted to be far more secure and reliable than the currently prevalent facial biometrics, which leaves scope for unauthenticated access to the device.

For instance, some facial biometric devices can be simply unlocked just by showing the sleeping face or a digital photograph of the subject in front of the camera.

How will this technology be useful?

“We could build this very tiny device with a camera on it and this device could be deployed easily at so many different locations,” Lee further says.

“How great would it be to know that even if you lost your car key, no one can steal your vehicle because they don't know your secret facial action?”

How will this facial recognition technology work?

The users will have to record a short video of facial action such as smiling, winking, reading a unique phrase etc. This clip will have to be uploaded to the device, which will extract facial features and the features of the facial action and store them for later ID verification. From next time onwards, the system will demand both the face and the gesture for verification and granting access.