BCCI has announced the IPL 2022 schedule, the first match will be played between 2021 champions Chennai Super Kings (CSK) and 2021 runner-ups Kolkata Knight Riders (KKR). Get the IPL 2022 match schedule below by reading this article. 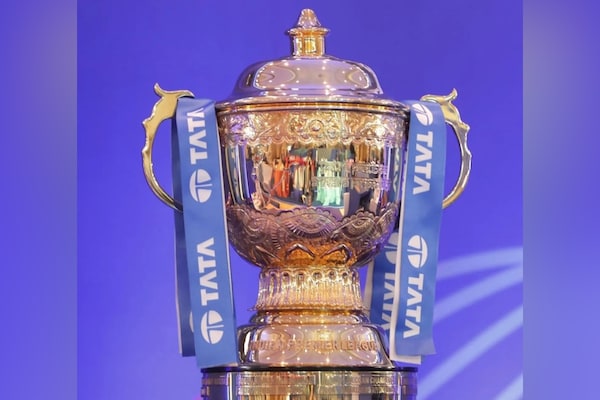 IPL 15th season have started from March 26, 2022, and this time, fans will get more fun and more entertainment as two new franchises Lucknow Super Giants (LSG) and Gujarat Titans (GT) will also be part of this league. The BCCI (Board of Control For Cricket in India) on Sunday announced the much-awaited IPL schedule 2022. The opening match will be played between the 4-time champion team Chennai Super Kings (CSK) and the 2-time champion team Kolkata Knight Riders (KKR).

Unlike previous seasons, this year, we will see ten franchises trying to win the IPL trophy. With the participation of two more teams, we won't be able see the round-robin stage as the teams will be divided into two groups, A and B. The group A has teams such as Mumbai Indians (MI), Kolkata Knight Riders (KKR), Delhi Capitals (DC), Rajasthan Royals (RR), and Lucknow Super Giants (LSG). While the group B will see the ferocious battle between other five teams Chennai Super Kings (CSK), Royal Challengers Bangalore (RCB), Sunrisers Hyderabad (SRH), Punjab Kings (PBKS), and Gujarat Titans (GT). Each team will play twice against 4 teams of its group and 1 team from the other group. The teams will also have to compete once against the 4 teams from the other group.

The VIVO IPL 2022 will see 10 teams participating from all the major regions in India. Consisting of foreign and national players, here is a complete list of IPL 2022 key players team-wise.

Chennai Supers Kings (CSK) will start its campaign against Kolkata Knight Riders (KKR). The team, this year, has bought some renowned names such as Dwayne Bravo, Ambati Rayudu, Robin Uthappa, Chris Jordan, and Deepak Chahar. Unlike previous seasons, this year, Ravindra Jadeja will lead the side after MS Dhoni's resignation as CSK captain.

Delhi Capitals in the last three seasons delivered some great performance under the leadership of Rishabh Pant. The franchise in the auction picked the Aussie cricketers David Warner and Mitchell Marsh. The bowling unit will also be strengthened by the inclusion of players like Mustafizur Rahman, Kuldeep Yadav, and Shardul Thakur.

Punjab Kings look a strong contender to win the IPL trophy as this year, it has bought great players like Shikhar Dhawan, Jonny Bairstow, Kagiso Rabada, and Liam Livingstone. In the 15th edition, the franchise will try to quench its thirst by achieving the trophy for the first time.

Kolkata Knight Riders (KKR) is one of the most dangerous teams in the IPL. The team in the second phase of the league made a comeback by winning 5 matches out of 7. With players like Shreyas Iyer, Pat Cummins, Nitish Rana, Umesh Yadav, Andre Russell, and Sunil Narine, the team looks balanced.

Mumbai Indians under the captaincy of Rohit Sharma has won 5 IPL trophies. Last year, MI couldn't advance to the playoffs, in this edition, the squad will try to show its magical performance with players like Jasprit Bumrah, Suryakumar Yadav, Jaydev Unadkat, and Dewald Brevis.

Rajasthan Royals team has seen ups and downs after winning the trophy in 2008. The team will try to remove the tag of unpredictability by giving solid performance in the 15th edition. After the purchase of players like Ravichandran Ashwin, Trent Boult, Shimron Hetmyer, Devdutt Padikkal, and Yuzvendra Chahal, the team is looking strong.

After the resignation of Virat Kohli as a skipper of the team, it would be interesting to see how Royal Challengers Bangalore (RCB) will play in this season. The team has potential to win the trophy as it has experienced players like Virat Kohli, Glenn Maxwell, Josh Hazlewood, Faf Du Plessis, Josh Hazlewood, and Dinesh Karthik.

After the devasting performance in the last season, Sunrisers Hyderabad (SRH) will try to give its best performance. The management has rebuilt the team by buying players like Kane Williamson, Washington Sundar, Nicholas Pooran, Bhuvaneshwar Kumar, and Aiden Markram.

IPL fans are excited to see how the new franchise, Gujarat Titans (GT) will play in the league under the leadership of Hardik Pandya. Pandya, who is captaining for the first time, had delivered many match-winning and wicket-taking performances for Mumbai Indians (MI).

Lucknow Super Giants will be led by the Indian opener KL Rahul. In the past, Rahul has captained for the Punjab Kings and that experience will help him a lot to lead his new franchise.

IPL 2022 will start on March 26, 2022, as the opener will be played between Kolkata Knight Riders (KKR)and Chennai Super Kings (CSK).

The first match will be played between Chennai Super Kings (CSK) and Kolkata Knight Riders (KKR).